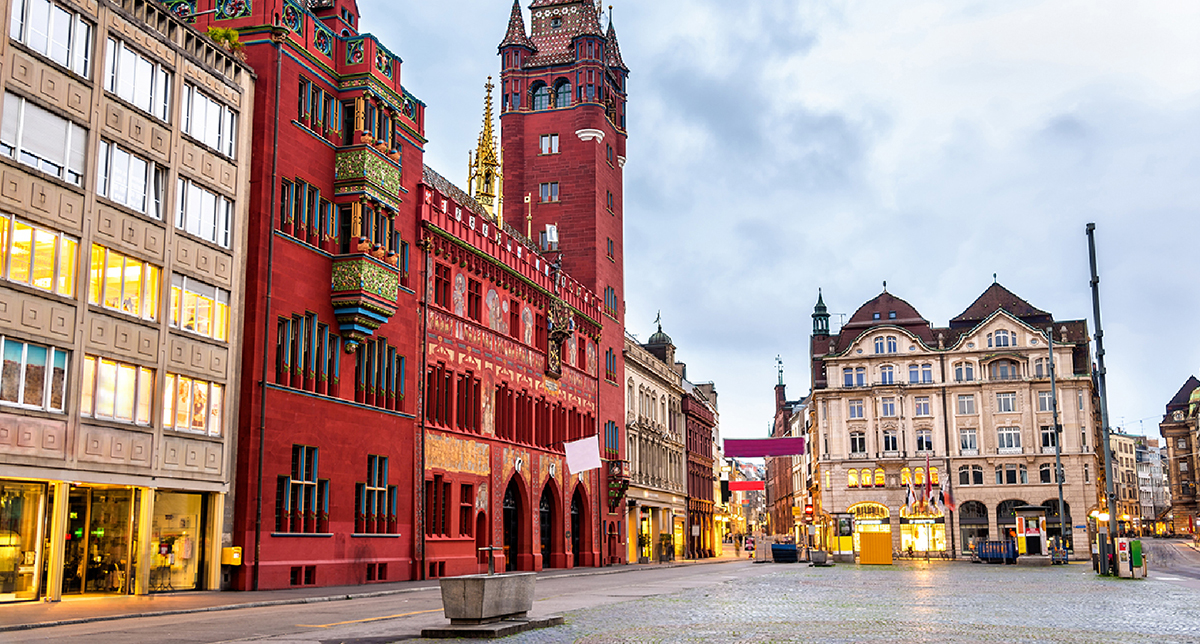 For some families, the apple doesn’t fall far from the tree! The Bernoullis are one such unique family: including eight famous 17th and 18th-century mathematicians and physicists all related to each other. Get a peek into the drama and genius that arose from such a gifted and competitive family!

The Bernoulli family came from Basel, Switzerland. Niklaus Bernoulli was an apothecary and the patriarch of the family. Niklaus had four sons. Two of them, Jacob and Johann, made critical mathematical discoveries that changed the course of modern mathematics. One of Niklaus’ other sons, Nicolaus, was a painter, but his son Nicolaus I became a mathematician as well. Johann had three sons who became influential mathematicians: Nicolaus II, Daniel, and Johann II. Johann II then had two sons himself, who became well-known contributors to mathematics.

Jacob Bernoulli: A Teacher By Nature

Jacob Bernoulli was born in 1655 in Basel. His father wanted him to study theology and join the ministry, which he did, though he defied his family by simultaneously studying mathematics and astronomy. Between 1676-82 Jacob traveled around Europe learning from the best contemporary mathematicians of the day. In 1683, he returned to Basel and began teaching at the local university. In 1684, he earned his dissertation from the University of Basel in mathematics. In 1687, Jacob was appointed as a Professor of Mathematics at the University of Basel. He held the position for the rest of his life, teaching, traveling, and researching. He began tutoring his younger brother Johann in the mid-1680s and the two brothers spent several years as frequent collaborators. However, the two later had a severe falling out and did not speak for the rest of their lives. Jacob died of tuberculosis in 1705.

Jacob Bernoulli is known for his work on probability, calculus, and the discovery of the mathematical constant e. He was friends with German mathematician Gottfried Wilhelm Leibniz and sided with him during the public feud between Isaac Newton and Leibniz over the discovery of calculus. He later worked on a substantial body of calculus research with his brother Johann. Jacob discovered e while working on a solution to a compound interest problem. It is an irrational number that is the base of the natural logarithm. It is one of the most important numbers in mathematics: alongside 0, 1, π, and i.

Johann Bernoulli was born in 1667 and was Niklaus’ third child. Niklaus wanted Johann to take over the family business, but he convinced his father to allow him to study medicine instead. He enrolled at the University of Basel to study medicine, though he secretly studied mathematics on the side with his older brother Jacob, who was employed at the university. In 1690, Johann graduated from the University of Basel with a doctorate in medicine. At this time, his relationship with his brother Jacob was deteriorating, as the two were very jealous of the other’s achievements. In 1694, Johann accepted a position at the University of Groningen. He moved away from Basel and never spoke to Jacob again, returning to Basel only after Jacob died in 1705. He took over Jacob’s now-empty position and served as Professor of Mathematics for the rest of his career. With no brother to be his rival, Johann turned his jealousy on his gifted son Daniel, competing with him until his death.

Johann Bernoulli is renowned for his research and work on infinitesimal calculus. Although Leibniz and Newton are credited variously with discovering calculus, Johann and Jacob were some of the first mathematicians to apply the theory and use it to solve real problems. Johann is also famous for teaching the eminently famous mathematician Leonhard Euler.

Nicolaus Bernoulli I: Cut From the Same Cloth

Nicolaus II was born in 1695 in Basel, the first son of Johann. Predictably, Nicolaus II studied mathematics at the University of Basel, as well as law and philosophy. He was a prodigal child, learning several languages and starting at the university at the age of 13. He tutored his younger brothers Daniel and Johann II in mathematics until they were ready to join him at the college. In 1715, Nicolaus II received his Doctorate in Law. From 1719-23, Nicolaus was the Chair of Mathematics at the University of Padua. During this time, he also worked for his father, Johann, assisting him with research and correspondence. In 1725, he and his younger brother Daniel were invited by Peter the Great of Russia to teach at his newly opened St. Petersburg Academy. Unfortunately, less than a year later, Nicolaus II became ill and died.

Portrait of Daniel Bernoulli, 1720-1725, by Anonymous via Wikipedia

Daniel was born in 1700, in Groningen, the Netherlands, where his father, Johann, was teaching at the time. Like Johann’s father before him, he also tried to convince his son to study business, reasoning that mathematics was far from lucrative. Daniel refused, following the same path his father had decades earlier. However, his father eventually convinced him to study medicine, under the condition that Daniel be allowed to study mathematics with his gifted family on the side. He earned his Ph.D. in anatomy and botany in 1721. He had a terrible relationship with his father in his adult life, as Johann was jealous of his son’s talents. At various times Johann disowned him, kicked him out of the house, and plagiarized his work to get credit for Daniel’s discoveries. In 1725, Daniel went to St. Petersburg with his older brother to teach at Peter the Great’s new school. He begrudgingly worked there until 1733, when he returned to the University of Basel, where he worked for the rest of his life.

Daniel Bernoulli’s most critical work is on the subject of the conservation of energy, which states that the total energy of a closed system remains constant. He formulated an equation to express the law of conservation of energy, which is still in use today. Daniel also worked alongside Leonhard Euler to develop the first method for taking a person’s blood pressure. The technique, named Bernoulli’s Principle, is still employed today to check the speed of the air passing an airplane.

Johann II was born in 1710, as the youngest son of Johann Bernoulli. He studied mathematics and law while traveling throughout Europe. After his schooling, he became a professor at the University of Basel, like most of his family. He won several notable prizes in mathematics and kept up correspondences with some of the most famous thinkers of the day. Johann II died in 1790, succeeded by his two sons: the last famous mathematicians of the family.

Johann III was born in 1744 in Basel as the oldest son of Johann II. He was immediately recognized as a child genius, who instinctively absorbed amazing quantities of knowledge. He earned his doctorate in philosophy at the incredible age of 13. At the ripe age of 19, Johann III became the Royal Astronomer of Berlin. He later traveled through Europe and the world and kept fastidious accounts of his experiences, which are historically important. When he returned to Berlin, he was appointed Chair of the Mathematics Department at the University of Berlin. He wrote several important papers and translated the works of other mathematicians into French. Johann III died in 1807 in Berlin.

Jakob II was born in 1759 in Basel, the youngest son of Johann II and grandson of Johann Bernoulli. Jakob II studied geometry under his uncle Daniel, as well as his father. At the age of 21, he assumed the responsibilities of the Chair of Experimental Physics at the University of Basel. Although his uncle nominally remained in the role, Daniel had become too old to perform his duties and Jakob II functionally took over. After his uncle’s death, Jakob II accepted a position as a secretary at court in Italy, where he was able to travel, meet other mathematicians, and continue his research. He was admitted into the Royal Academy of St. Petersburg later in his life and even became a mathematical professor there in 1788. Jakob II died in 1789 while swimming in Russia.

This article is the thirteenth in our series exploring the lives and achievements of famous mathematicians throughout history. (Our last article was about the Polish mathematician Benoit Mandelbrot!)