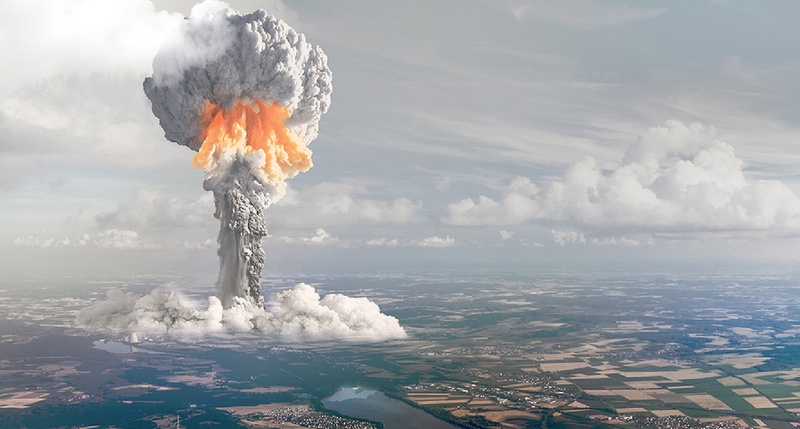 He lived an eccentric lifestyle filled with frequent parties and loud music – but also was responsible for many critical military contributions in World War II. Von Neumann was truly a fascinating mathematician whose impressive resume could only be topped by his “off-color” sense of humor and zest for life. Read on to learn more about this inspiring genius!

A widely-held misconception about mathematicians is that they're good at solving arithmetic problems in their heads. Generally, this is not true. However – John von Neumann is the exception to that rule.

John von Neumann was born János Neumann in December of 1903 in Budapest, which was then part of the Austro-Hungarian Empire. His father, Max Neumann, was a successful banker who held a doctorate in law, and his mother came from a wealthy family. "Von" was later added to the family name because of Max's contributions to Budapest's flourishing economy. (Von is a noble distinction in German culture.)

John von Neumann's awe-inspiring abilities were evident at just six years old. Around this age, he discovered he could divide one eight-digit number by another in his head – and often teased his family for not being able to do the same! His talents didn't end there. He also was able to speak in the classical Greek language and had memorization skills that were off the charts. By briefly glancing at a page in a phone book, von Neumann could correctly recite every name and number. It was one of his parent's favorite party tricks. They'd often invite company over, have them select a random page from a book, and von Neumann would memorize and recite it.

Governesses and private tutors educated von Neumann and his two brothers in their home until age 10. In 1911, he entered the Lutheran Gymnasium, an excellent school that produced many outstanding mathematicians and physicists. Von Neumann was already familiar with differential and integral calculus by this time. His teachers quickly recognized his gifts and arranged for more private tutoring to accelerate his education.

A photo of John von Neumann in 1956, via Wikimedia

Despite his incredible talents, Max von Neumann did not want his son to pursue mathematics in academics because the positions generally did not pay well. The pair compromised on chemical engineering, and von Neumann enrolled in a two-year non-degree chemistry program at the University of Berlin to prepare for an entrance exam to ETH Zurich (which he passed with flying colors). At the same time, he entered Pázmány Péter Catholic University in Budapest as a Ph.D. candidate in math. Of course, he couldn’t attend class – but he did take all of the exams, unsurprisingly achieving outstanding results.

In 1926, von Neumann graduated as a chemical engineer from ETH Zurich and finished his thesis in mathematics at the same time! He wasn’t finished with academics just yet. Soon after, he was granted a fellowship from the Rockefeller Foundation to study mathematics under David Hilbert in Gottingen. He completed his habilitation in 1927 and became the youngest lecturer in the history of the University of Berlin the following year.

By 1929, von Neumann had already published 32 highly original significant papers. This made him quite famous in the mathematics community and a star attendee at educational conferences.

In 1930, von Neumann accepted a visiting professor position at Princeton. He moved to New Jersey with his first wife, Marietta Kovesi, and still made trips back to Europe during the summer. He kept an academic post there until the Nazis came to power.

In 1933, he took a permanent position at Princeton's Institute for Advanced Study. He became a naturalized American citizen, changed his name to John, and had his daughter Marina. Two years later, von Neumann remarried his childhood sweetheart named Klara Dan.

Von Neumann was different than other Princeton professors. He loved jokes, "off-color" humor, chaotic environments, and throwing parties. He often received noise complaints from his colleagues for playing loud German march music on his office gramophone. Working just a few offices down, Albert Einstein was exceptionally irked by the noise!

Von Neuman wearing a funny hat and making a silly face, via FarkasDilemma

Von Neumann was also notoriously a lousy driver. He often read books while driving, resulting in countless tickets and minor accidents. An intersection at Princeton University was nicknamed "von Neumann Corner" because of how many crashes he caused there.

Despite his quirky personality, he was generally regarded as the leading mathematician of his time – and his methods influenced more than just the world of mathematics.

Inspired by the game of poker, von Neumann sought to find a way to formalize the idea of bluffing. This led to the establishment of game theory, which is the study of mathematical models of strategic interaction between rational decision-makers. This theory is now widely used in economics, political science, philosophy, and computer science.

This theory derived from his realization that probability is insufficient for a thorough analysis of poker since it ignores players' strategies. It states that in zero-sum games in which players know all moves that have taken place so far exist a pair of strategies for both players that allow each of them to minimize their maximum losses. He wrote this theory in a paper in 1928 and later extended the concept to economics. In 1944, he coauthored a paper called Theory of Games and Economic Behavior alongside Australian economist Oskar Morgenstern.

In addition to the game theory, von Neumann applied new mathematical methods to quantum theory, establishing a rigorous framework known as Dirac-von Neumann axioms. In the 1930s, he began to study the mathematical modeling of explosions and soon became an authority on the topic, leading to frequent military consulting projects.

In 1942, von Neumann joined the Manhattan Project alongside many other mental computation experts, most of them women. His contributions led to the implosion design of the atomic bomb, ultimately making it a more efficient weapon.

In addition to working out the nuclear physics of hydrogen bombs, von Neumann was a pioneer in developing modern computers. He worked on the US Army’s ENIAC (Electronic Numerical Integrator and Computer) by improving the machine’s logic design. He proposed a stored program concept that is now called von Neumann architecture. His wife, Klara, became one of the first computer programmers around this time.

After World War II, von Neumann served as a commissioner on the General Advisory Committee of US Atomic Energy and was a consultant to the Air Force Special Weapons Project and the Army Ballistic Research Lab.

Von Neumann was diagnosed with cancer in 1955 and died two years later at just 53 years old. He was treated in the Walter Reed Army Medical Center under military security in case he accidentally leaked secrets while medicated.

His peers were often stunned by his mental computation abilities and spoke of him fondly. Peter Lax, a fellow mathematician from Budapest, wrote:

“To gain a measure of von Neumann’s achievements, consider that had he lived a normal span of years, he would certainly have been a recipient of a Nobel Prize in economics. And if there were Nobel Prizes in computer science and mathematics, he would have been honored by these, too. So the writer of these letters should be thought of as a triple Nobel laureate or, possibly, a ​three 1⁄2-fold winner, for his work in physics, in particular, quantum mechanics.”

Von Neumann published more than 150 papers throughout his career.

This article continues our series exploring the lives and achievements of famous mathematicians throughout history. (Our last article was about Georg Cantor, a mathematician whose genius was not appreciated till after his death.)