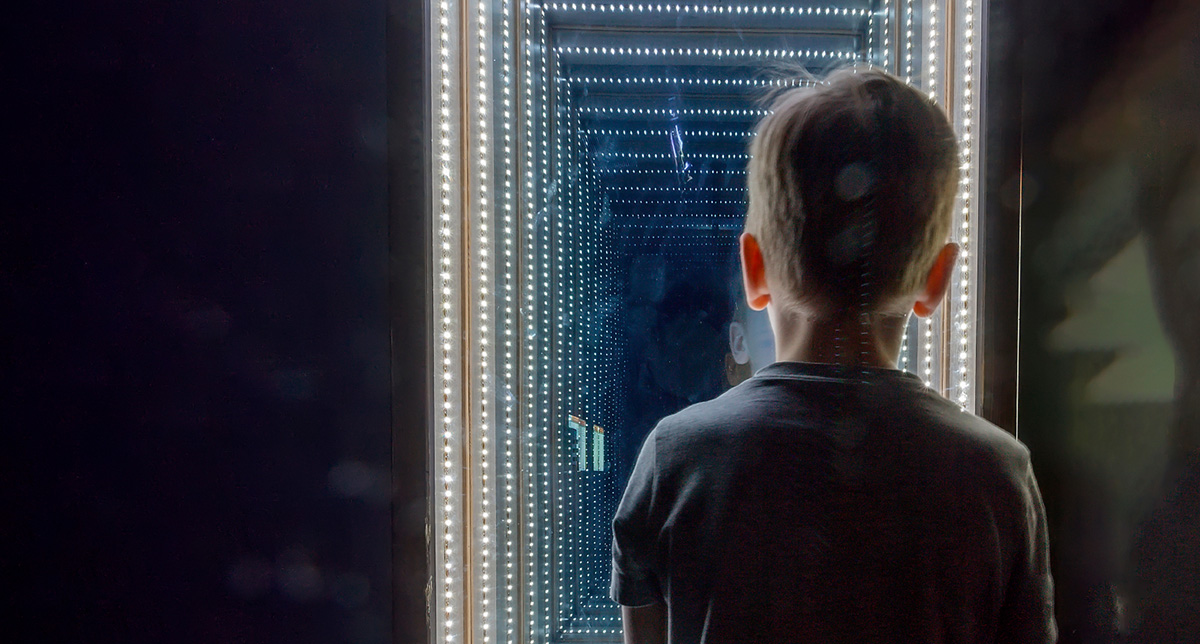 Georg Cantor was a German mathematician who would eventually be known as a pioneer of “new mathematics.” His work was controversial because it disrupted previously settled matters regarding integer sets. Though it took years for the world to recognize his genius, Cantor’s brilliant methods are now a foundation for modern mathematics. Read on to learn more about this contentious genius.

Portrait of Famous Mathematician Georg Cantor when he was a young man, via Wikimedia

Georg Cantor was born in St. Petersburg, Russia, in March of 1845. Intelligence ran in Cantor’s family. His maternal relatives were artists and musicians (his mother included), and his father was a wealthy merchant. The family moved to Frankfurt, Germany, after his father became ill in 1856.

Cantor’s mathematical abilities became evident in his early teenage years, as he excelled in both private schools he attended and graduated with distinction. In 1863, Cantor began classes at the University of Berlin, studying physics, philosophy, and mathematics. Though his father had hopes of him becoming an engineer, mathematics was his true calling.

Cantor learned from math greats at the time, including Karl Weirstrass (who specialized in analysis), Ernst Eduard Kummer (higher arithmetic), and Leopold Kronecker (a theory of numbers specialist who would eventually become his bully – more on that later). He wrote his doctoral thesis De Aequationibus Secundi Gradus Indeterminatis (“On the Indeterminate Equations of the Second Degree”) in 1867 and then joined the faculty at the University of Halle first as a lecturer and eventually a full professor in 1879.

Cantor focused much of his early work on the theory of numbers – writing ten papers on his fascination with the subject. He then moved on to trigonometric series and complex variables, building on work done by the German mathematician Bernhard Riemann. He then began his major lifework – the theory of sets and the concept of transfinite numbers.

In Cantor's first paper on set theory, Ueber eine Eigenschaft des Inbegriffes aller reellen algebraischen Zahlen ("On a Property of the Collection of All Real Algebraic Numbers"), he provided proof that there was more than one kind of infinity. Previously, all infinite collections had been implicitly assumed to be of the same size.

In 1873, Cantor demonstrated that rational numbers, though infinite, are countable because they may be placed in a one-to-one correspondence with natural numbers (i.e., the integers, as 1, 2, 3…). Although this method of comparing sets is essentially “counting on your fingers,” he was the first to recognize it could be applied to infinite sets as well.

At the time of publication, Cantor was well aware that there would be many oppositions to his ideas. He wrote:

“I realize that in this undertaking, I place myself in a certain opposition to views widely held concerning the mathematical infinite and to opinions frequently defended on the nature of numbers.”

Cantor’s theories were clearly ahead of his time, but his fellow mathematicians did not see it that way. Unfortunately, the backlash to his publication was swift and intense and led to his deep depression.

Remember Cantor’s professor, Leopold Kronecker? After reading his articles on set theory, he deemed Cantor a “scientific charlatan” and “corrupter of youth.” A French mathematician named Henri Poincaré referred to Cantor’s ideas as a “grave disease” infecting the discipline of mathematics.

Because these mathematicians were older and much more established than Cantor, their remarks prevented him from obtaining a meaningful salary for quite some time. Cantor eventually gave up mathematics, writing:

“I don’t know when I shall return to the continuation of my scientific work. At the moment, I can do absolutely nothing with it and limit myself to the most necessary duty of my lectures; how much happier I would be to be scientifically active if only I had the mental freshness.”

The resentment from his peers clearly rattled him, and he suffered greatly as a result. In an effort to recover from his depression, he began focusing on Elizabethan literature. At the time (the late 19th century), it was trendy to dispute the authorship of Shakespearean works. Some debated that works credited to him actually belonged to other philosophers and poets/playwrights. In 1896, Cantor published two pamphlets making the case that statesman Francis Bacon was actually Shakespeare.

Though it was a successful temporary distraction, Cantor never fully recovered from his depression or became quite as passionate about math again. However, he made it a point to advocate for other young, aspiring mathematicians whose contemporary ideas might be opposed by older faculty members.

It took decades for the mathematics community to recognize the importance of his work. Still, he was eventually invited to attend the 500th anniversary of the founding of the University of St. Andrews in Scotland in 1911. He decided to participate in hopes of meeting mathematician Bertrand Russell, who had frequently referenced Cantor’s work in his publication Principia Mathematica. Unfortunately, that meeting never materialized. In 1912, the University of St. Andrews awarded him an honorary doctorate, but he could not attend in person to retrieve it because he had fallen ill.

Cantor retired in 1913 and sadly lived in poverty and bad health. In 1917, his family admitted him to a sanatorium in Halle, Germany, much against his will. He frequently wrote his wife asking to be released, but that never came to fruition. He died of a heart attack in the sanatorium in 1918.

Though his life ended tragically, his ideas do not live in vain. On his brilliance, fellow German mathematician David Hilbert described his work as “the finest product of mathematical genius and one of the supreme achievements of purely intellectual human activity.”

This article continues our series exploring the lives and achievements of famous mathematicians throughout history. (Our last article was about the shy but brilliant mathematician, Bernhard Riemann!)