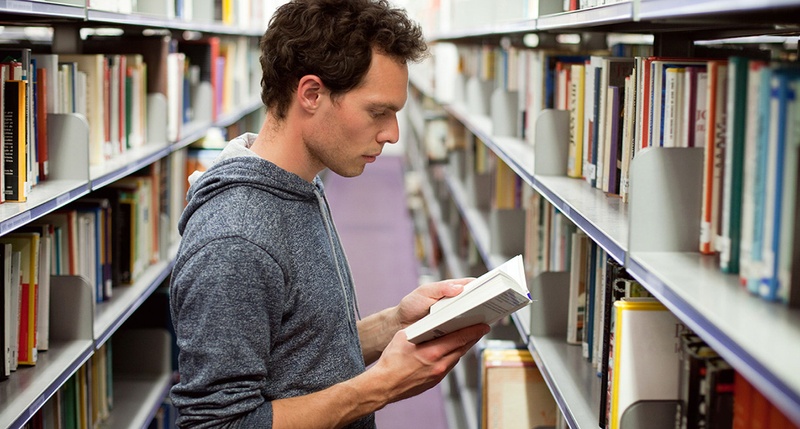 Bernhard Riemann (1826-1866) was a shy German mathematician known for his fear of public speaking and the brilliant journey to overcome it. He became a mathematics professor after presenting a habilitation thesis on multidimensional spaces. His contributions to mathematics include Riemannian Geometry, which profoundly impacted Einstein's theory of relativity. Read on to learn about this prolific German mathematician!

Bernhard Riemann was born on September 17, 1826, in Breselenz, a village in the Kingdom of Hanover (now known as Germany). His father was a poor Lutheran pastor who fought in the Napoleanic Wars, and his mother passed before Bernhard and his siblings reached adulthood.

Riemann was a timid child and often suffered from nervous breakdowns – especially when public speaking (this will be relevant later!). However, he showed great promise in mathematics and exhibited exceptional talent, particularly in his calculation abilities at a very young age.

After being homeschooled until age 14, Riemann went to Hanover to live with his grandmother and attend "lyceum," which we know as middle school in the United States. He later attended high school at Johanneum Lüneburg, where he studied the Bible rigorously, planning to follow in his father's footsteps. Though he had every intention of doing so, mathematics often stole his focus – and his teachers noticed. They were amazed by his ability to perform complex math equations – often quicker than themselves! Johanneum Lüneburg's principal even borrowed Riemann math books from his library, including Legendre's 900-page book on the theory of numbers. He read it in just six days.

After high school, Riemann attended the University of Göttingen to study Christian theology. However, mathematics drew his attention once again – and under the guidance of his professor, Carl Friedrich Gauss asked his father for permission to switch gears. Little did he know that that decision would forever change his life and legacy!

A lithograph of famous mathematician Bernhard Riemann, created by an unknown artist in the year 1863, via Britannica.com

To become a professor in many countries in Europe, candidates must present a "habilitation thesis" after they've already completed their doctoral thesis. The habilitation thesis is presented before an academic committee and must be done entirely solo (unlike postgraduate work guided by supervising professors).

In mathematics, this process can take anywhere from four to ten years to complete - and requires candidates to publish numerous articles in scientific journals before the thesis is accepted. If accepted, applicants must present a public lecture.

It should be noted that there has been an ongoing debate in Germany and other countries to abolish the habilitation system since it is so taxing on researchers (and diverts them to the US and UK, where the process to become a professor is much more straightforward). Nevertheless, in the 1800s, Riemann did not have a choice in the matter. He would have to overcome his public speaking fears and present one of three lectures he prepared for this moment.

The committee ultimately chose his presentation Über die Hypothesen, die der Geometrie zu Grunde liegen, or, "On the hypotheses that lie on the foundations of geometry"), which completely changed the whole subject of geometry and evoked an entirely new branch of mathematics.

Bernhard Riemann: The Path to Habilitation

After studying under the famous mathematicians Moritz Stern and Johann Benedict Listing at Göttingen, Riemann moved to Berlin to learn more advanced topics in mathematics under Peter Gustav Dirichlet, Gotthold Eisenstein, Carl Jacobi, and Jakob Steiner. Out of these professors, Dirichlet had the most influence on Riemann. Dirichlet's style of condensing the essence of mathematical theory in an intuitively comprehensible idea as a guiding principle to find new mathematical results inspired Riemann, and he returned to Göttingen in 1849 full of new ideas.

Riemann completed his doctoral thesis under the supervision of Carl Friedrich Gauss in 1851. Gauss described Riemann as having a "glorious fertile originality" (what a compliment!) and encouraged him to continue to pursue habilitation.

When it was time for Riemann to present his lecture (the precursor of what would eventually be known as Riemannian geometry), only Gauss (a leading geometer of the time) fully understood the significance of his work.

His lecture hardly contained any formulas. It wasn't very mathematic at all – in fact, a philosophical treatise of the meaning of geometrical concepts. Though his ideas were far ahead of his time, the committee accepted his presentation, and he then became a lecturer.

Riemannian geometry is a branch of differential geometry that studies manifolds, curvature, and three-dimensional spaces. It is different from Euclidean geometry in that it rejects (Alexandrian Greek mathematician) Euclid's fifth postulate that two parallel lines never cross each other. Euclid's fifth postulate is: through a point not on a given line; there is only one line parallel to the given line. In Riemannian geometry, there are no lines parallel to the given line.

Riemann was also the first to suggest using dimensions higher than three or four to describe physical reality. In 1905, Albert Einstein published his theory of relativity in which space and time are no longer independent but combined into 4D space-time.

After this discovery, Einstein began to search for a way to incorporate gravity into his theory and came across Riemann's theory of manifolds to describe curved spaces, which would be the key to the relativistic theory of gravity. He quickly employed the services of his friend and colleague, Marcel Grossman, to help him better understand Riemannian geometry. After ten years of "blood, sweat, and tears," Einstein presented his general theory of relativity.

Many consider Einstein's theory "one of the most beautiful physical theories ever invented," and it was Riemann's work and research that helped Einstein earn that honor.

As a lecturer, Riemann's primary income came from student tuition fees. Since he taught such advanced courses, he did not have many students. Riemann was content with his job despite not making a high salary. He explained how teaching helped him overcome his shyness in letters he wrote to his father.

After his brother died, Riemann's two sisters came to live under his care. His mentor, Gauss, died in 1855, and while Riemann did not successfully get his chair (Dirichlet did), he successfully gained full professorship and a regular salary in 1857. In 1859, Dirichlet passed, and Riemann became his successor. He also was elected to the Berlin Academy of Sciences at that time.

Riemann married Elise Koch in 1862, but he came down with a bad cold that eventually developed into tuberculosis shortly after. Hoping a warmer client would cure his illness, he made regular trips to and from Sicily to improve his health. He died during his third journey to Italy in Selesca on Lago Maggiore in July of 1866.

This article is the twentieth in our series exploring the lives and achievements of famous mathematicians throughout history. (Our last article was about the mathematician known for his contributions to modern medicine, Dr. Herbert A Hauptman!)