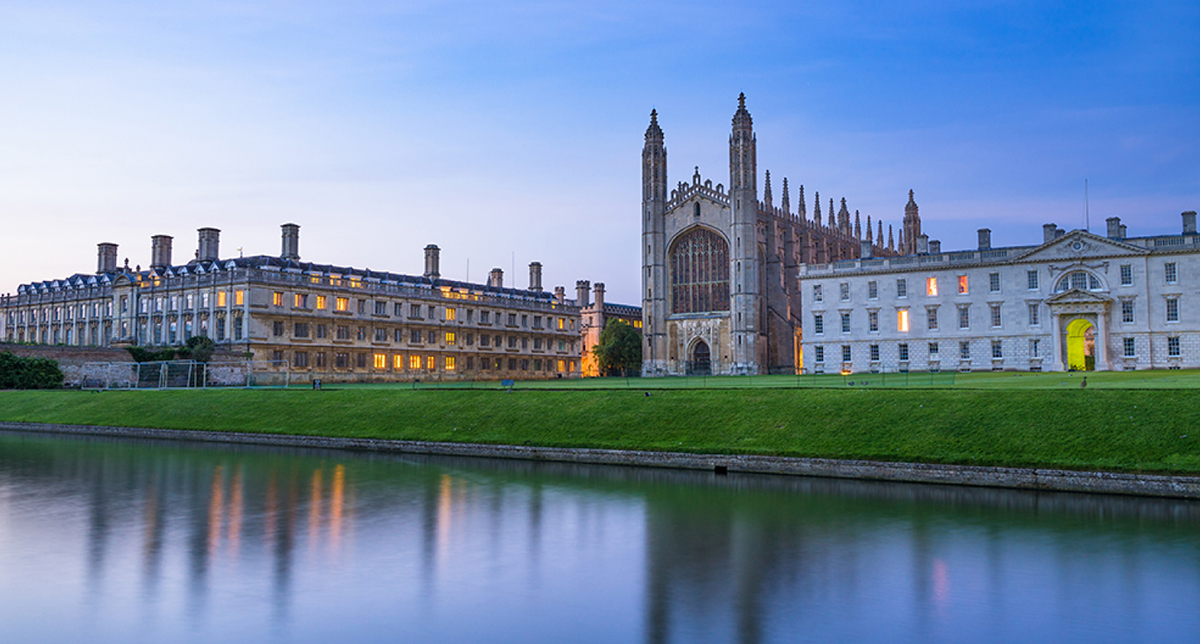 Most people would not normally connect mathematics to the realm of art. However, British mathematician G. H. Hardy argued that it was a form of art in and of itself! He compared it to poetry and painting and frequently spoke about how math should be practiced purely for its inherent beauty.

G. H. Hardy was an early 20th-century British mathematician who spent his career working at Oxford and Cambridge. He was known for his strong political convictions and enduring love of cricket. Within mathematics, G. H. is known for his work on prime numbers and number theory. Read on to learn more about the life of this very unique mathematician!

Godfrey Harold Hardy was born in Surrey, England in 1877. Both his mother and his father were teachers, though neither had been able to attend university themselves. G. H.'s father worked as an art teacher at the local school and his mother was a teacher at a girl’s finishing academy. He was clearly gifted in mathematics from a young age, showing prodigious talents as early as age two. After attending the school his father taught at, G. H. attended Winchester College and then Trinity College at Cambridge.

While at Cambridge, he did well on his examinations and excelled in his classes. He even joined a secret society called the Cambridge Apostles. The Apostles were highly secretive, but essentially a discussion group for intellectual students. They met once a week and ate sardines on toast, drank coffee, and presented on rotating topics. In 1900, G. H. was awarded a fellowship at Cambridge. Three years later he earned his M.A. in mathematics. After his fellowship ended, G. H. became a professor at Cambridge, a position he held until 1919.

In 1914, G. H. struck up a correspondence with Srinivasa Ramanujan, the prolific Indian mathematician. (And the star of a previous Mathematician Profile!) When G. H. first received Ramanujan’s papers, he was shocked that someone could come up with such beautiful and elegant proofs. At first, he didn’t believe that Ramanujan was the real author of his theorems and proofs, but after spending time painstakingly combing through the documents, G. H. realized he had been mistaken.

He immediately wrote to Ramanujan, remarking that he was producing the freshest and most inspiring work that G. H. had ever seen. G. H. was the first non-Indian mathematician to acknowledge Ramanujan’s talents, and he later offered him a position at Cambridge that Ramanujan worked at for the rest of his life. When asked about his greatest achievements later in life, G. H. routinely answered that his collaboration with Ramanujan was the most important thing he ever did for mathematics.

From late 1919-1931, G. H. left Cambridge and took a position at Oxford University, in response to the political censorship of his friend Bertrand Russell at Trinity College. The famous author was one of the few outspoken pacifists during WWI, which saw him prosecuted, fired from his teaching post at Cambridge, and fined. G. H. had strong political convictions himself, advocating for the separation of military influence from the British government throughout the 1910s and 1920s. In 1931, G. H. returned to Cambridge and resumed lecturing. He held the Sadlerian Professorship at Trinity College until 1942.

G. H. Hardy was a passionate cricket fan and most of his activities outside of the realm of mathematics revolved around the sport. He followed teams, as well as playing himself. Besides his important work in mathematics, G. H. is best known for the 1940 essay, A Mathematician’s Apology, which presented the inner philosophical life of a mathematician to the broader public.

Hardy’s “A Mathematician’s Apology, via rarebooksocietyofindia.org

G. H. Hardy’s mathematical work largely took place in the field of pure mathematics and number theory. He was a frequent collaborator and enjoyed discussing and debating new math developments with his colleagues. In fact, G. H.’s most famous discoveries were made while working with John Littlewood. The two Hardy-Littlewood Conjectures that they are well-known for both have to do with prime numbers. The first conjecture was an elaboration on the twin prime theory, which concerns prime numbers that have a gap of two intervals between them. (Like 3 and 5, or 5 and 7!) The second Hardy-Littlewood Conjecture has to do with the number of primes in a given interval.

Later in G. H.’s life, he witnessed the use of mathematics and science for manufacturing weapons of war and mass destruction. He was deeply disturbed by these developments as a lifelong pacifist, and it is what underpins much of his later writing and speaking. G. H. is famous for likening the practice of mathematics to that of painting, poetry, or other art. Like many other mathematicians we’ve encountered in this series, G. H. believed strongly that math was beautiful, elegant, and important as a natural form of art. On the other hand, he argued that mathematics should not be considered useful.

In his mind, many people were only pursuing mathematics to create destructive weapons, make life easier, or control more of the socio-economic world. G. H. pushed back against this trend, saying that mathematics should be pursued for its own sake like other art forms. He was fond of explaining that to him mathematics was pure because it was untouched by the influences of desire and destruction.

In 1939, G. H. suffered a heart attack. Although he survived, he was never again able to play cricket or any other sports. He was often depressed, he spent the last years of his life with his sister and friends. In 1947, G. H. Hardy died peacefully in his sleep.

Today, G. H. is remembered as a key collaborator and influence in Srinivasa Ramanujan’s life and as one of history’s most eloquent writers about the life of a mathematician. He’s also been featured in several biopics and biographies about the life of Ramanujan!

This article is the sixth in our series exploring the lives and achievements of famous mathematicians throughout history. (Our last article was about the German mathematician Gottfried Wilhelm Leibniz!)