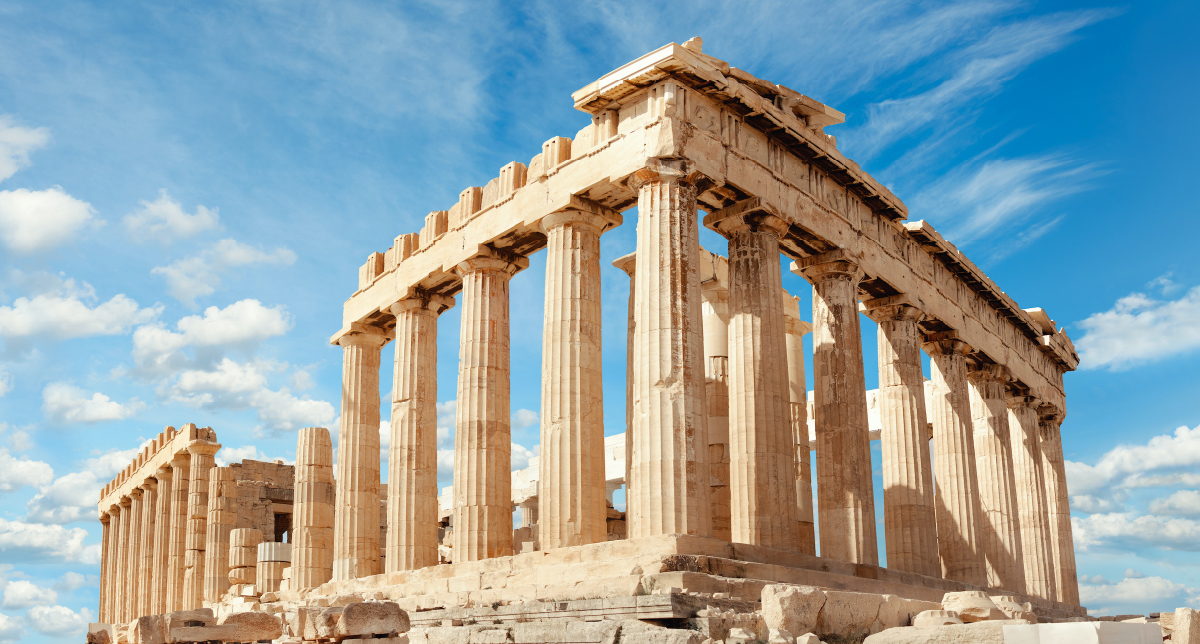 Thales of Miletus, The First Mathematician, As Told By The Greeks

Thales of Miletus was a Greek mathematician, philosopher, astronomer, and merchant. He is best known for Thale’s theorem, aptly named after him, dictating that if a triangle is inscribed in a circle with one side being the diameter of the circle, then it is a right triangle.

He is considered Greece’s first true scientist and mathematician. He also opened the door for ancient Greece to study geometry; a field of math that wouldn’t be popularized until 300 years after his death. He was also the first Greek mathematician that established geometric truths using deductive logic and reasoning. He was the first to formalize the study of geometry, in Greece, and it led other mathematicians years later to further prove and build on his original theorems.

Thales of Miletus (624-546 BCE) Merchant By Trade, Mathematician By Choice

Thales was born in Miletus in 624 BCE, which today would be considered Miletus, Turkey. There is not much known of his childhood and of his life, more generally. However, it is said that he got inspired by mathematics and science when he was an adult and traveled to Egypt for the first time. Egypt was much more advanced in terms of mathematics and science than ancient Greece.

It was after his trip to Egypt that he decided to retract from his spiritual beliefs and replace them with more scientific explanations. In Ancient Greece, being heavily influenced by mythology, this was not the culture, and he lost earnings from his movement away from Greek spirituality.

Along with being a mathematician, he was also a merchant, supporting his family’s business. He is also well known for being a philosopher and astronomer; but those occupations were very common in Ancient Greece. Because of his talent in mathematics, he was able to make up some of his lost earnings and rebalance his family’s finances, previously impacted by his choice to be a mathematician and scientist.

Thales of Miletus One Of The Seven Sages of Greece

Mosaic of the Seven Sages, 3rd Century, National Museum of Beirut via Wikipedia

Thales was considered such a talented mathematician, philosopher, and astronomer, he was named one of the Seven Sages, or wise men, of Greece; most notably by Aristotle. Yet, none of his writings have been preserved and his achievements are hard to assess. That being said, he was considered one of the “Seven wise men” of ancient Greece due to numerous acts that got attributed to him. For example, he is best known for the phrases: “Know thyself” and “nothing in excess.”

In one of his trips to Ancient Egypt, Thales was also attributed to doing the calculations of the pyramids and finding distance from the shore to the ships at sea. His other attributes also include predicting a solar eclipse that stopped the battle between King Alyattes of Lydia and King Cyaxares of Media. Unfortunately, the legitimacy of this “discovery” is highly debated given he wouldn’t have had the tools and knowledge to do so, for his time.

Despite the controversy in the legitimacy of his “discoveries”, he is attributed to have discovered five geometric theorems. One of those theorems was that a circle is bisected by its diameter caused by being the unimpeded passage of the straight line through the center. He also is attributed to have discovered that the base angles of an isosceles triangle are equal, and that vertical angles are equal. However, he is considered to have “discovered” this theorem from the Ancient Egyptians, who had already been using this and similar methodologies to determine that all vertical angles are equal.

Drawing of Thales by artist Veloso Salgado, 1906, via Wikimedia

A lot of what we consider Thales to have discovered is primarily based on Aristotle’s writings. He would not be around for another three centuries, but according to him, Thales also would discover that water would be the source of all matter. According to Aristotle, Thales reached the  conclusion that the Earth was flat, with large land masses surrounded by vast water.

Further to that, Cicero, in his De Natura Deorum, elaborated on Thales’s reasonably advanced words on water. In his writings, he said Thales theorized; “water is the principle of all things, and God is that Mind which shaped and created all things from water.” Even though he does attribute a higher power to some form of creation; he deviates extremely from the consideration that Greek mythological gods were the only source for creation in this world. He is most notably seen as “bridging the worlds of myth and reason”; which was extremely unusual for his time.

Thales spent the later part of his life teaching at the school he founded, called Milesian school. He died in the year 546BCE. Despite the lack of definiteness on what he discovered and to what extent; it is certain that his theories advanced Greece to being one of the main hubs for mathematics and science. And, his work would inspire centuries of Greek mathematicians to continue building upon his theories.