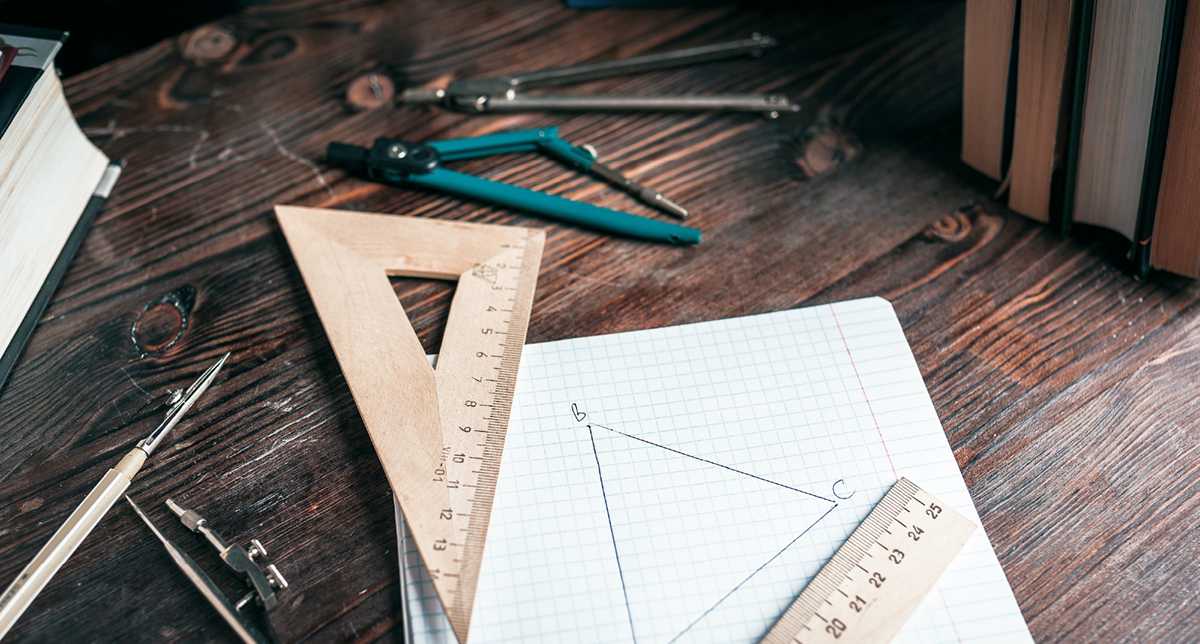 American high schoolers have Robert Simson, the Scottish mathematician, to thank for their geometry curriculum. He wrote the first English adaptation of Euclid’s Elements, published in 1723, that would lead to the creation of their mathematical curriculum today.

Robert Simson fell in love with geometry at an early age. He was admitted to the University of Glasgow at the young age of fourteen. His work, adapting Euclid’s Elements, would be his greatest actual achievement. Yet, he would be more famous for discovering another geometrical theorem that bears his name. The Simson Theorem, as it were, is a statement that relates to a specific set of lines with the side and circumcircle of a given triangle.  If Robert Simson had discovered it, he would have defied the laws of nature because it was founded in 1799, thirty-one years after his death.

Simson's theorem was actually discovered by William Wallace, another Scottish mathematician. However, it was falsely assumed to be Simson’s due to the theorem’s Euclidean style. Regardless of this discrepancy, he was a very talented mathematician and his influence continues to live on to modern day.

Portrait of Robert Simson during the 18th century, via Wikimedia

Robert Simson was born to John Simson and Agnes Simson on October 14, 1687, in West Kilbride, Ayrshire, Scotland. He was one of seventeen children in a family full of boys; yet only six lived to adulthood. His father desperately wanted Robert to go into the church and dedicate his life to religion.

Simson was a great student and excelled in Classics, Botany, and Asian Languages. He was such a gifted student that at the age of fourteen, he was admitted to the University of Glasgow in 1702 as a theology student. In theology, he was required to write lengthy papers and that bothered him. He thought religion was speculative at best and lacked precision. He swiftly changed his focus to studying Asian philology. Most of the statements made on the subject could be proven either true or false; he found it very unsatisfying. He was looking for a study that was much more precise and could give evidence to its claims.

Through his own research, he delved into Euclid’s Elements for the first time and loved the subject of geometry. He decided to focus on the field instead. Unfortunately, Glasgow did not have a formal mathematics program, despite having a Chair of Mathematics, Robert Sinclair. Simson had to study geometry primarily on his own.

Before Simson graduated, he encountered a tragic event where he was accidentally shot in the face during a fireworks celebration by his fellow student Arthur Tran. Arthur Tran was from a family of means and was playing with firearms with his friends. Simson accidentally got in the way of their gunplay. Arthur Tran was punished and fined for his carelessness.  Despite his near-death experience, Simson graduated from the University of Glasgow in 1710.

Simson Becomes One of The Leading Scottish Mathematicians

After Simson graduated, he was immediately offered the opportunity to be the Chair of Mathematics at the University of Glasgow, after Robert Sinclair resigned. He deferred it because he wanted to meet other mathematicians in his field. The closest epicenter for mathematics was London. He set off for London and met a number of famous mathematicians that he corresponded and shared ideas with. One of them, Edmond Halley, an English mathematician, befriended Simson and would be the influence that led Simson to adapt Euclid’s Elements into English.

A year later, Simson returned to Glasgow to sit as the Chair of Mathematics. Yet, before he gets appointed, he is asked to answer two complicated geometry problems. He did solve them successfully, and impressed the rest of the Faculty, further solidifying his post as the Chair.

Simson taught five times a week for two mathematics courses. He was known as a great lecturer in his early years. It was during the start of his career, that he first adapted Euclid’s work to Latin. Then he adapted the first six books, eleven, and twelve to English. He did the same to Apollonius’s Loci Planti in 1749.

Despite Simson’s fame and prestige in math circles, he did not live a lavish lifestyle. He never married and ate all his meals at a local pub near the University. He never bought a house and instead, opted for living in a small apartment for most of his life.

Title page of The Elements of Euclid by Robert Simson, 1756,  via Linda Hall Library

Simson’s adaptation of Elements has been published in over seventy editions throughout the world and has led to the formulation of the curriculums for both the United States and the United Kingdom’s geometry secondary education.

After Simson’s adaptation, it was then adapted in French by Adrien-Marie Legendre in 1794 and found its way across the Atlantic. There, Charles Davies, an American mathematician, adapted it again calling his work The Elements of Geometry, in 1828. It was that version that became the model for teaching high school geometry today.

Simson went on to continue lecturing and chairing the mathematics department at Glasgow until 1761. In his later years, he became quite absentminded so his students used to play practical jokes on him.

Upon his retirement, he had three degrees: his bachelor's, a master’s of Arts, and an honorary doctorate of medicine from St. Andrews University in Scotland. He died in 1768 in Glasgow, and was buried in Blackfriars burial ground, honored by a 50-foot monument that reads:

“The Restorer of Grecian Geometry, and by his works the great promoter of its study in the schools.”