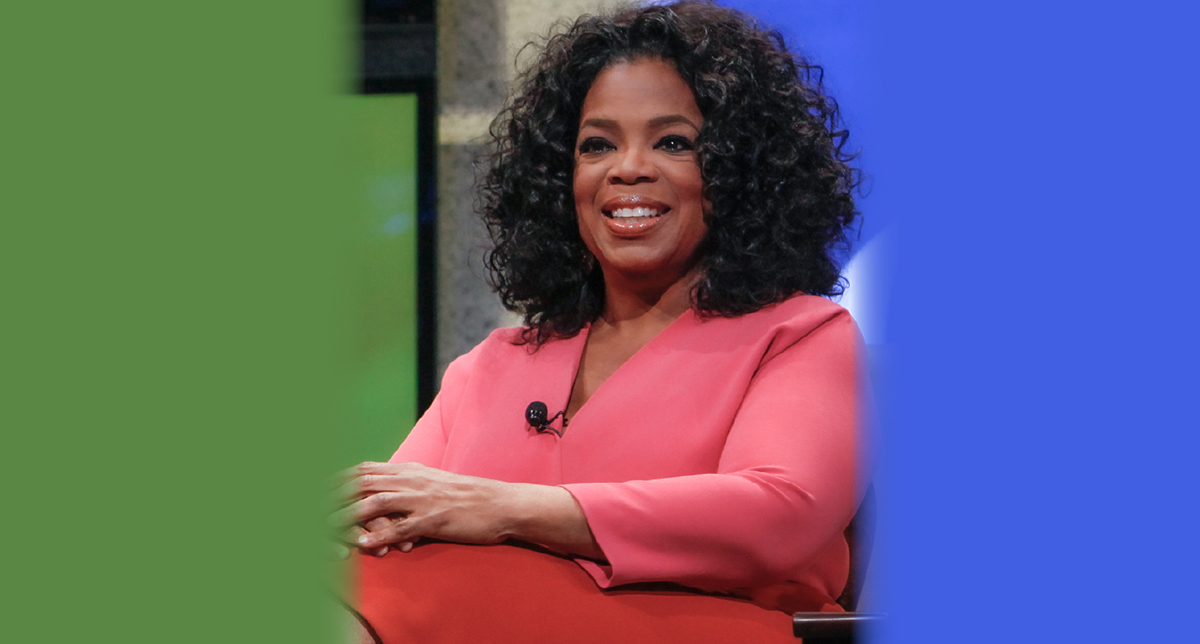 Oprah Winfrey is a shining example of the human ability to rise above even the worst circumstances.

Born into poverty, Winfrey faced trauma and an unstable childhood in her early years. A runaway at the age of 13, Winfrey’s future looked bleak.

However, thanks to her father's positive influence, she got a fresh start. She became an honors high school student and demonstrated an early talent in broadcasting.

Today, Winfrey is among the wealthiest and most influential women in the United States. She’s also a philanthropist who has donated millions of dollars to charitable causes.

Learn how Winfrey overcame the extreme challenges of her early childhood to achieve tremendous success!

Winfrey was born on January 29, 1954, in Kosciusko, a small town in central Mississippi. Her mother, Vernita Lee, was just a teenager when Winfrey was born and traveled north to find work, leaving Winfrey behind.

Winfrey lived with her grandmother on a primitive farm in Kosciusko for the first six years of her life. Her grandmother was very strict. Winfrey reportedly suffered physical abuse while in her care. But her grandmother also taught Winfrey to read at an early age and introduced her to a close-knit church community where Winfrey felt loved.

When Winfrey was six years old, she was sent to live with her mother up north in Milwaukee, Wisconsin. Lee had found work tending houses. Winfrey and Lee lived at a boarding house in the poverty-stricken inner city. Sadly, young Winfrey suffered years of abuse at the hands of relatives while her mother was out of the house working.

It was a traumatic time in Winfrey’s life. She ran away from home at the age of 13. A year later, she went to live with her father, Vernon Winfrey, in Nashville, Tennessee. That was when everything changed for the better.

Vernon Winfrey was a strict father but provided the structure, and security Winfrey needed.

According to Winfrey, “As strict as he was, he had some concerns about me making the best of my life and would not accept anything less than what he thought was my best.”

Winfrey was an excellent student in high school. She excelled in drama and debate. In fact, during a speaking contest for the Elks club, Winfrey won a full scholarship to Tennessee State University.

At age 17, Winfrey entered and won the local “Miss Fire Prevention” contest. During the contest, she declared that she wanted to be a television journalist. After winning, she was offered a job at WVOL, a Nashville radio station. Winfrey’s career in broadcasting had begun.

Winfrey kept her job at WVOL while attending classes at Tennessee State. When she was 19, a local CBS affiliate gave Winfrey a life-changing opportunity. She became Nashville’s first African American female co-anchor of the evening news.

In 1976, Winfrey moved to Baltimore, Maryland, to work for an ABC affiliate as a reporter and co-anchor. The following year she became a co-host of “People Are Talking,” a local morning show.

Winfrey was successful as a morning co-host. In 1984, She was hired to host a Chicago talk show, “AM Chicago,” which had been struggling to retain viewers. Winfrey’s likable on-air personality quickly turned it into the most popular show in town.

In 1985, the show was renamed “The Oprah Winfrey Show,” and it was syndicated a year later. Winfrey’s show became the highest-rated television talk show in the country and would go on to win multiple Emmy awards.

Winfrey was destined for silver screen fame, too. In 1985, she appeared in the movie “The Color Purple” to critical acclaim.

Other notable films Winfrey produced and/or appeared in included “Lee Daniels’ The Butler,” “Selma,” and “A Wrinkle in Time.”

In 1996, Winfrey began an on-air book club that catapulted the books she discussed into bestsellers.

In 1998, she co-founded the women-focused Oxygen Media network on cable television.

She launched “O, the Oprah Magazine” in 2000, and in 2008 the Oprah Winfrey Network (OWN) replaced the Discovery Health Channel.

Winfrey continues to make waves in broadcasting. She made headlines with her bombshell 2021 interview with Prince Harry and Meghan Markle.

Winfrey has long been a champion for people in need. Through Oprah’s Angel Network and the Oprah Winfrey Charitable Foundation, Winfrey has supported global humanitarian causes. She has donated millions of dollars to help those who need it most.

Oprah’s Angel Network has built over 55 schools in 12 countries. In 2007, the organization opened a $40 million dollar school for underprivileged girls in South Africa.

In 2020, Winfrey committed $13 million to COVID-19 aid. She focused the funds on people most impacted by the pandemic in her “home cities” of Chicago, Milwaukee, Nashville, Baltimore, and Kosciusko.

Winfrey has been recognized for her extraordinary contributions to the betterment of society. In 2013, she was awarded the Medal of Freedom, the nation’s highest civilian honor.