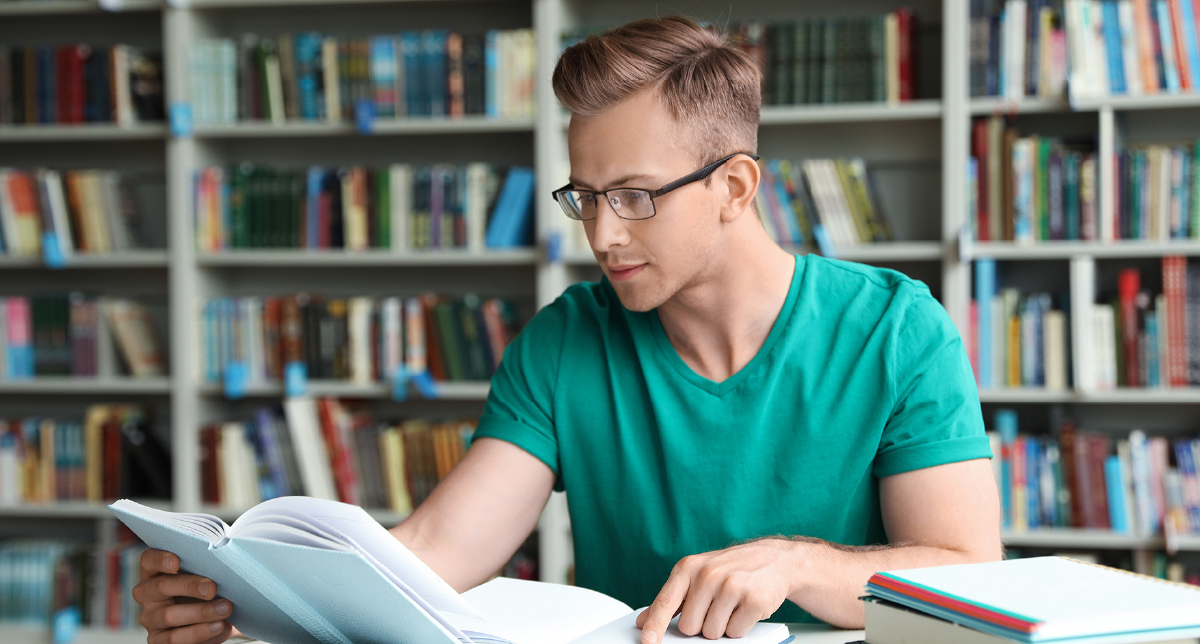 Niels Henrik Abel is a Norwegian mathematician that had a very short and tragic life. He only lived twenty seven years and most of his mathematical influence was recognized only after his death. In fact, for most of his life he struggled with poverty, securing a permanent position in mathematics, and struggled to make a lasting impression on some of the more well-known mathematicians, and their circles, of the time.

Despite his many pitfalls in life, he was able to find a new approach for solving quintic equations; therefore solving a centuries old problem that had mathematicians before him completely stumped. His mathematical training was mostly extracurricular tutoring and self teaching. He was able to pick up mathematical concepts rather quickly and efficiently. By the time he left for college, his mentor Bernt Holmboë considered him a “mathematical genius”.

His Paris Memoir was discovered and published years after his death. It is considered to be a milestone in the development of mathematics. His work in several fields of mathematics continues to hold massive influence as a prize given annually for great, global discoveries in math bears his name: the Abel Prize. Read on to learn more about his work and life!

Norway was not the economic powerhouse it is today. During the early 19th century, Norway suffered from political and environmental downfall. The country was in the midst of famine due to a mini Ice Age; and was being controlled by the Danish government, for which the country didn’t receive its independence until 1814.

Unfortunately, Abel’s family suffered along with the rest of the country and he grew up very poor. He was the second child of seven, and the oldest boy to Anne Marie Simonsen and Sorën Georg Abel, who worked as a pastor. Both his parents struggled with alcoholism. His father did not make enough to afford school for his children; so he homeschooled them. Niels Henrik Abel learned mainly religious studies from home, from his father, who had a degree in philology and theology.

By 1814, when Norway finally got its independence, the political and economic situation of the country improved. That following year, Abel entered school at the Cathedral School in Christiana, i.e. modern day Oslo. Teachers could discipline in school with corporal punishment unfortunately. In 1817,  his math teacher was dismissed because he beat one of his students so badly they died eight days later. This unfortunate and terrible event eventually led Abel to meeting one of the greater influences in his mathematical career: Bernt Holmboë.

Niels Henrik Abel An Average Student With One Gift

Bernt Holmboë was only seven years older than Abel at the time. He became his mentor, his high school math teacher,  and once said: “[Abel] was the most incredible genius who unites an interest in math such that he quite probably, if he lives, shall become one of the greatest mathematicians.”

He noticed his talent for mathematics and raised funding to help him get into the University of Christiania.  Without his influence and support, Abel would not have been the recognized mathematician he is today.

In 1818, Abel’s father lost his job as a pastor, and drank even more excessively. He died two years later, leaving Abel the head of the household at age eighteen. The family was in extreme debt and Abel slipped into a depression because of the pressures to support his family. Holmboë helped him recover from this dark time; and because of his academic assistance, Abel went off to University being the most knowledgeable mathematician in Norway.

Unfortunately the University only had two math professors. It was a school focused on theology, medicine, and law practice. Abel didn’t do well in any of his other subjects except for mathematics. He spent most of his free time in the University’s library studying the works of Leonhard Euler, Isaac Newton, Jean le Rond d’Alembert, Joseph-Louis Langrange, and Pierre Simon Laplace.

In his final years of University, he started to build upon his mathematical ideas around solving quintic equations.

In 1821, he sent a paper detailing his solution for these equations to Ferdinand Degan, a leading Danish mathematician. Degan was not satisfied with his work and asked him to provide further clarification; for which Abel found errors in his original solutions. Degan did however see that Abel had a lot of potential and pushed him to keep exploring other forms of mathematics.

After graduation, his two math professors funded his trip to go to Copanhagen so he could start building a reputation for himself in influential mathematician circles. His trip was somewhat unsuccessful; except for he did meet his fiancé, Christine Kemp, at a ball; whom he convinced to travel back with him to Norway.

A portrait of Abel's fiancé Christine Kemp, 1835, via Wikimedia

After his return, he dedicated his time to improving on his solutions for quintic equations. He discovered that it was impossible to express exact solutions for these types of equations; and they could only be calculated using approximations. It simply was impossible to solve for x5 . This solution became known as the Abel Ruffini theorem; since Paolo Ruffini, an Italian mathematician, published his incomplete proof of this solution, in 1799.

With a complete theorem, Abel applied for funding from the Norwegian government,  to travel to Germany and France; in order to share his theorem with the most influential mathematicians. At the time, Germany and France were the most prestigious hubs for mathematics in Europe. He wanted to meet the highly influential mathematician Carl Friedrick Gauss, and grow his influence. His goal was to eventually land a lecturer position at a top University.

His funding was cut, only really allowing him to learn German and French, with a promise to get more funding in two years to have enough money for his travels by then. In the meantime, Abel was able to self-publish his theorem, making it seem more “legitimate” for when he eventually would travel to France and Germany. Unfortunately, due to the cost, his theorem wasn’t published clearly, and was written more like a shorthand proof that made it hard to read and comprehend.

Page out of Niels Henrik Abel’s notebook, via Wikipedia

Abel in France and Germany

Abel eventually made his way to France and Germany with further funding from the Norwegian government. His first stop was Berlin, where he met August Leopold Crelle, a German engineer and mathematician who founded the first German Mathematical journal called the Journal of Pure and Applied Mathematics. It was first published in February 1826. It gave Abel a platform for publishing his quintic equation theories which helped him establish a slight reputation in influential mathematician circles.

It, however, wasn’t enough to get the attention of Gauss, who Abel avoided meeting because he heard that Gauss didn’t approve of his work. In fact, Gauss never read his work. It would be this deviation from his original plan to meet Gauss that would cost him later.

Abel instead left for Paris, where he was able to complete a large manuscript containing a new theorem for finding solutions for algebraic differential equations. He thought by sharing this with French influential mathematicians, it would land him a publication in the French Academy of Sciences journal. Augustin Louis Cauchy, one of the referees for the publication, forgot about the manuscript and subsequently Abel’s work entirely.

Abel’s trip turned treacherous as his money dwindled. He began to starve and ration himself to one meal a day. His health failed and he pushed himself into burnout. He continued to work despite his health dwindling rapidly. He did make some contacts in influential math circles in Paris; yet no one really took a serious interest in his work. He was forced to return home with only an ongoing role writing for Crelle’s journal.

Abel came back to Norway with no money and had to take out an ad in the local newspaper, offering his services as a private tutor, to pay off some of his family’s debt. Unfortunately because he couldn’t secure a meeting with Gauss, and didn’t make much headway in getting his work noticed, the Norwegian government rejected any future funding to travel back to France and Germany. The only thing he was able to retain was his continued publication in Crelle’s journal. He was hopeful to leverage that, in order to land him a permanent teaching position at the University of Berlin.

In 1828, he was able to land a substitute lecturer role at the University of Oslo while the existing professor left for a scientific expedition in Serbia. It helped improve his financial situation greatly. However, that same year his health started to decline again; though he never fully recovered from his health complications he obtained in Paris.

That Christmas season, he decided to visit his fiancé in Froland, a town 155 miles from Oslo. Due to the terrain, he had to travel by sled in the dead of winter. By the time he made it to Christine Kemp, he was bedwritten for several days until Christmas day, where he felt slightly better.

Without taking much rest, he continued to write a paper to the French Academy regarding his previous theorems; which took much of his energy. He suffered a violent hemorrhage and was diagnosed with tuberculosis. He died April 6, 1829. Two days later, a letter arrived from Crelle informing Abel that he was finally awarded a permanent professor position at the University of Berlin.

It’s rather unfortunate, but Abel’s influence was only really recognized after his death. In 1830, he was awarded the Grand Prix, a prestigious award from the French Academy of Sciences, for his theorems in quintic equations. Years later, after much digging, Augustin Louis Cauchy uncovered Abel’s Paris Memoir which was published in 1841. There is even a crater on the moon named after Niel Henrick Abel.

In Norway, his image and likeness could be seen on stamps in 1929 and 2002, the latter in honor of 200 years past his birth. He has a statue that stands in Oslo. And, of course the Abel Prize, established in 2002, was named after him as well.