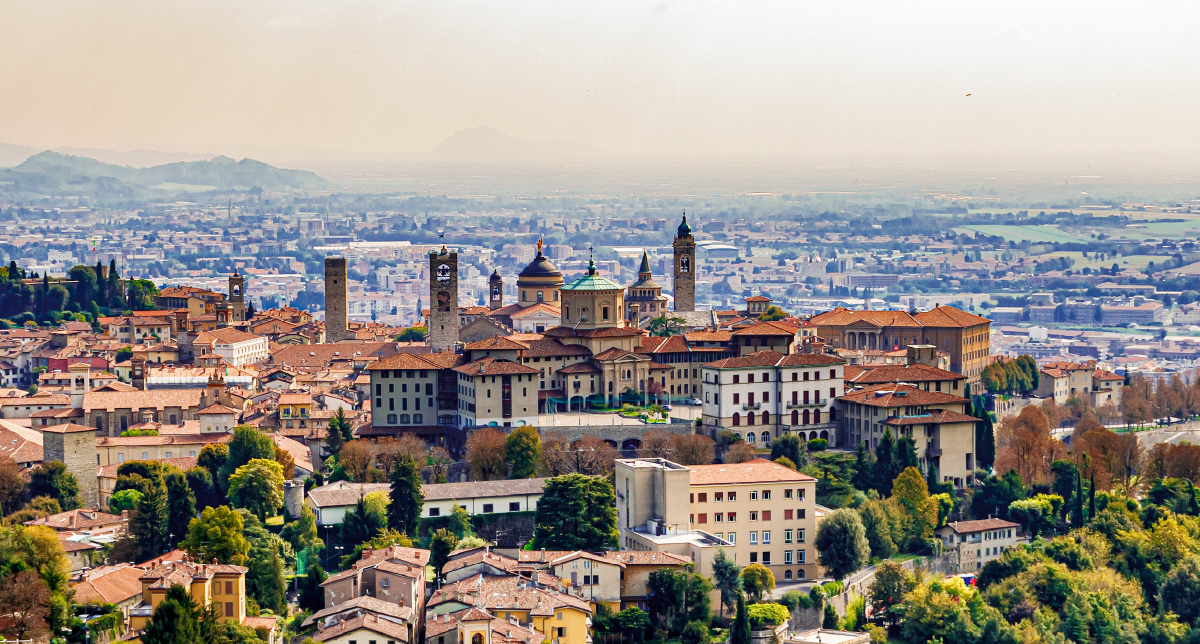 Lorenzo Mascheroni and the Geometric Discovery Incorrectly Credited To Him

Lorenzo Mascheroni was an 18th-century Italian mathematician best-known for his work in geometry. Interestingly, one of his biggest claims to fame, the Mascheroni Theorem, was a discovery that should not have been credited to him at all.

Although it sounds suspicious, historians don’t believe Mascheroni stole credit for Mohr’s ideas. He likely didn’t know they existed because Mohr and his work were not well-known in the world of mathematics outside of Denmark.

A more likely explanation is that two mathematicians from entirely different times and geographic locations uncovered the same mathematical relationship.

Their discovery: geometric constructions created with a straightedge and a pair of compasses can also be created with only compasses.

Read on to learn about Lorenzo Mascheroni and his Mascheroni constructions!

Lorenzo Mascheroni was born in 1750 to a wealthy landowning family from Bergamo, Lombardi, Italy. His parents Paolo Mascheroni dell’Olmo and Maria Ciribelli influenced his decision to become an ordained priest in 1767.

Mascheroni taught rhetoric, mathematics and physics at the Bergamo seminary for over a decade. In 1785, he published Nuove ricerche su l’equilibrio delle vòlte. This early work earned him a role as mathematics professor and rector at the University of Pavia. He remained there for several years.

In 1790 Mascheroni published Adnotationes ad calculum integrale Euleri. In this paper, he calculated Euler’s constant (also known as Euler-Mascheroni constant) to 32 decimal places. A miscalculation was later noted after the 19th decimal place and corrected by Johann von Soldner in 1809.

Mascheroni’s renown in mathematics grew over the years. He was elected to the Academy of Padua, the Academy of Mantua, and the Italian Society of Science.

Besides mathematics, Mascheroni enjoyed some fame as a poet. In 1793 he wrote L'invito di Dafni Orobiano a Lesbia Cidonia. It was a letter to the countess Paolina Secco Suardo Grismondi, inviting her to visit Pavia University and enjoy its beauty and the scientific collections housed in its museums.

Mascheroni published his most famous work, Geometria del compasso, while in Paris in 1797. He dedicated his work (in verse) to Napoleon Bonaparte, whom he greatly admired.

Unfortunately, the poor weather in Paris led to health problems for Mascheroni. He died from complications of a virus on July 14, 1800.

That is, any construction using both straightedge and compasses is merely a finite number of successions of these constructions:

Draw a line through two given points.

Draw a circle with a given center and a given radius.

Locate the points of intersection of two given circles.

Locate the points of intersection of a straight line (given by two points) and a given circle.

Locate the point of intersection of two straight lines (each of which is given by two points).

Although we cannot actually draw a line through the two given points, we can place as many points as we wish on the line and—perhaps working for an infinitely long time—all the points between these two points will eventually appear on that line.
(Posamentier and Spreitzer, 220)

The image below illustrates how the Mascheroni constructions work.

Mascheroni construction: Divide a line segment into any equal parts only with a compass, via Wikimedia

In 1797, Mascheroni became a deputy in Milan’s governing legislative assembly. When France introduced the metric system of weights and measures, Mascheroni was asked to travel to Paris to study the new system and publish a report for the governing body in Milan.

He published his report in 1798, but the War of the Second Coalition began in 1799. Napoleon Bonaparte was in Egypt at the time, and the government in France was facing a crisis.

Austria allied with Russia to attack the French on multiple fronts, including northern Italy. The war and Austria’s occupation of Milan prevented Mascheroni from returning home.

Mascheroni was falsely credited with the Mascheroni Theorem for over a century. It wasn’t until 1928 that math historians learned Mohr’s proof had actually existed first. The record was set straight; both mathematicians were credited and the theorem was renamed the Mohr-Mascheroni Theorem.