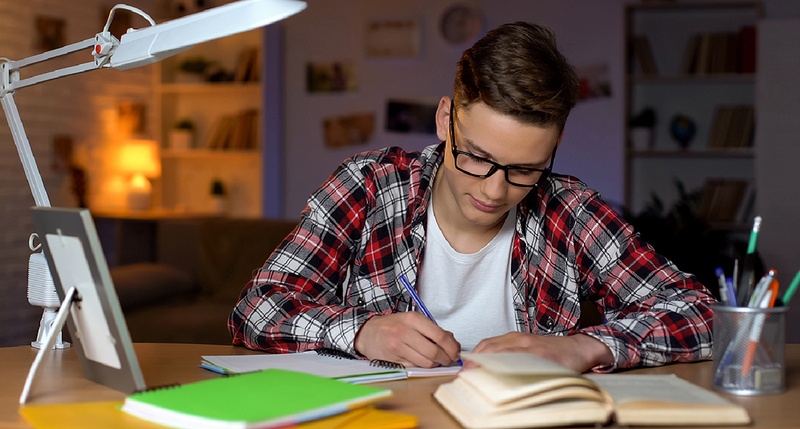 Kurt Gödel was an Austrian mathematician known for successfully refuting the lifework of the German mathematician David Hilbert. In his doctoral dissertation, he proved that it is impossible to use the axiomatic method to construct a mathematical theory that entails all of the truths of mathematics. Gödel was known for his paranoia and hypochondria and tragically died from self-starvation in the 1970s. His work in mathematical logic is still ranked among the most outstanding achievements of the 20th century. Read on to learn more about his groundbreaking findings!

Kurt Gödel was born in 1906 in Brno, part of the Austro-Hungarian Empire. It is now the second-largest city in the Czech Republic but was majority German-speaking before World War I. His father, Rudolf Gödel, was a wealthy managing director at a textile factory. Though Rudolf was Catholic, Kurt’s mother, Marianne, was Protestant. Both he and his older brother were raised Protestant.

When the Austro-Hungarian Empire broke up during World War I, the Gödel family became Czech citizens. Gödel always felt alienated because he couldn’t speak Czech and considered himself an exile. When he was eight years old, Gödel came down with rheumatic fever, an inflammatory disease that typically develops after a streptococcal throat infection. Though he fully recovered, he remained convinced that his heart suffered permanent damage. Combined with his multiple episodes of poor health throughout his childhood, Gödel was well-primed to become a severe hypochondriac for the rest of his life.

Despite these health issues, he excelled in his studies – particularly in mathematics, languages, and religion. His peers remarked that he never once made a single grammatical error in Latin! In 1923, he took Austrian citizenship and moved to Vienna to become a theoretical physics student at the University of Vienna.

Portrait of Kurt Gödel as a student in 1925, via Wikimedia

By the time Gödel enrolled as a student, he had already mastered university-level mathematics! His teachers were physicist and philosopher Mortiz Schlick and mathematicians Hans Han, Karl Menger, and Philipp Furtwängler. Furtwängler was paralyzed from the neck down and used a wheelchair. He had an assistant write his lectures on the board. These lectures significantly inspired Gödel, so much so that he changed his major to mathematics.

A lecture on Bertrand Russel's book, Introduction to Mathematical Philosophy, conducted by Mortiz Schlick, then got him interested in mathematical logic. Soon after, Gödel joined the Vienna Circle, a gathering of philosophers and scientists who met regularly from 1924 to 1936. Schlick, a beloved colleague and mentor to Gödel, chaired the meetings.

Gödel learned of David Hilbert’s program and the foundational crisis of mathematics through the Vienna Circle and decided to attend one of Hilbert’s lectures in Bologna. The presentation covered completeness and consistency in mathematical systems. Gödel was so intrigued; he decided to make it the basis of his doctoral work, which he obtained in 1930.

In 1931, he published his famous article, On Formally Undecidable Propositions of ‘Prinicipa Mathematica’ and Related Systems, which contained his incompleteness theorems. In this article, he proved that for any computable axiomatic system that is powerful enough to describe the arithmetic of natural numbers, the following is true:

Gödel’s incompleteness theorem proved that it is impossible to use the axiomatic method to construct a mathematical theory that entails all mathematical truths. This was an extremely significant negative result and shook the field of mathematical logic to its core.

To prove this theorem, Gödel invented a system called “Gödel Numbering,” which assigned a natural number to each symbol and well-formed formula of the theory. He also showed classical paradoxes of self-reference (e.g., “this statement is false”) to be recast as self-referential formal sentences of arithmetic.

The consequence of Gödel’s findings cannot be overstated - he ended a 50-year attempt to find a set of axiomatic systems that could be used to prove all mathematical truths. In other words, he killed off an entire branch of mathematical research!

These groundbreaking findings made him instantly famous. The International Mathematical Congress invited him to join their organization, and he soon made his way to deliver an address to the annual meeting of the American Mathematical Society in America.

During his first trip to the United States, Gödel met and befriended Albert Einstein. He traveled back and forth from the US to Austria, giving lectures at Princeton's newly found Institute for Advanced Study. In 1933, Hitler came to power, and Nazi influence began to take over Austria. Consequently, many of the members of the Vienna Circle permanently left their homes for the US and UK.

Around the same time, Gödel learned the horrific news that Moritz Schlick was murdered by one of his former students. He suffered a severe nervous breakdown and spent several months in a sanatorium. In addition to being a hypochondriac, Gödel developed an irrational fear of being poisoned and showed many symptoms of paranoia.

When he left the sanitorium, he attempted to renew his status as a lecturer at the University of Vienna. But in 1938, Austria had become a part of Nazi Germany, and his status was rejected. Gödel assumed it had something to do with being close friends and associates of members of the Vienna Circle.

In the fall of that year, Gödel married Adele Porkert. They had been dating for a long time, but Gödel's parents did not like her because she was six years older, Catholic, and a divorcé. They married anyway and moved to New Jersey for Gödel to begin a career at the Institute for Advanced Study. It was an arduous trek – the pair had to take the Trans Siberian railway to the Pacific and then sail from Japan to San Francisco.

When he finally arrived in New Jersey, Gödel reconnected with his friend Albert Einstein. The pair often took long walks together, and Einstein helped him study for his US Citizenship Exam in 1947. While studying for the exam, Gödel believed he found an inconsistency in the constitution. Einstein was worried he would announce his discovery to the judge, dampening his chances of passing! Fortunately, he gained citizenship without incident.

Kurt Gödel and Albert Einstein during the early 1950s, via the Institute for Advanced Study

In 1949, Gödel discovered an exact solution to the Einstein field equations, which is now known as the Gödel universe. It is a solution describing a rotating universe that would allow time travel to the past. The solution was not fully formed, as the cosmological constant parameter of the theory would need to be fine-tuned to a specific value. This constant is now associated with dark energy. At the time, astronomical observations could not confirm that we live in a rotating universe. As data on this would improve, Gödel would continue to banter with astronomers, asking, "is the universe rotating yet?" Their response was always the same: "no, it isn't."

Gödel in the Mathematics-Natural sciences Library sometime between 1953 and 1976, via the Institute for Advanced Study

Gödel was awarded the first Albert Einstein Award in 1951 for his work in relativity. He became a full professor at Princeton in 1953 and remained there throughout his professional career. He continued to publish mathematical papers in his first few years in America but later switched to studying philosophy.

As Gödel aged, his paranoia worsened. He became obsessed with protecting himself from getting poisoned and would only eat the food his wife cooked for him. In 1977, Adele had a stroke and remained in the hospital for several months. She watched helplessly as her husband lost weight, reducing himself to a mere 66 lbs. Immediately after being released from the hospital, she admitted Gödel for malnourishment. He died a few weeks later from starvation.

His work in mathematics is still ranked among the greatest achievements of the 20th century.

This article continues our series exploring the lives and achievements of famous mathematicians throughout history. (Our last article was about David Hilbert, the man who had his life work disproven by Gödel.)