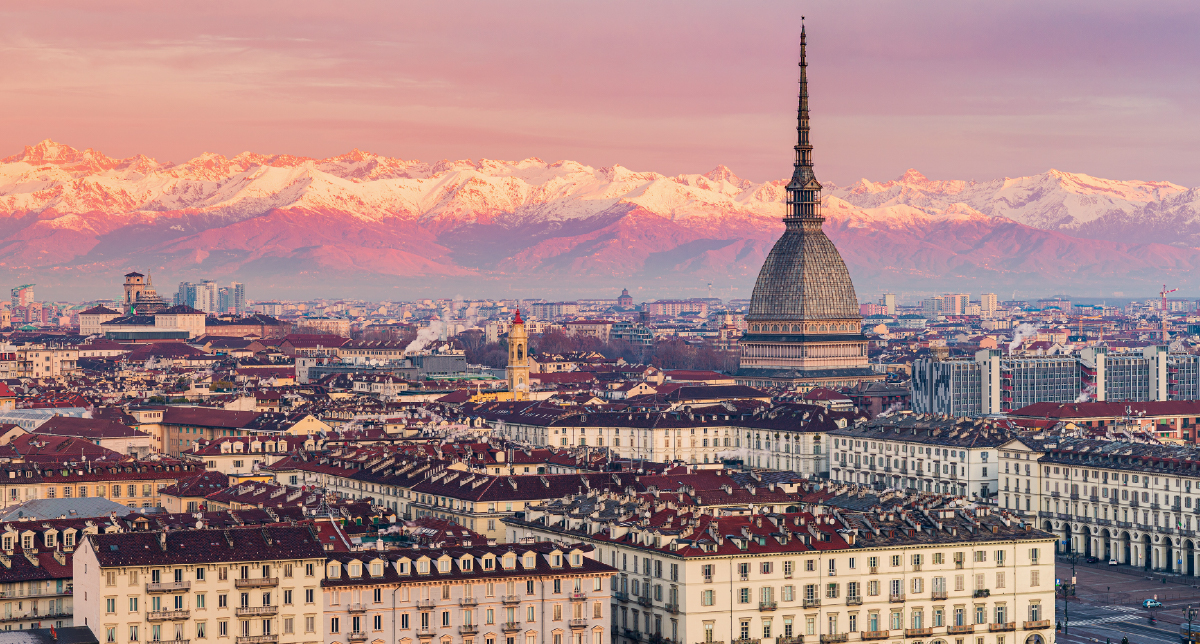 Joseph-Louis Lagrange was once considered “the greatest mathematician in Europe” by Frederick II, King of Prussia. Throughout his mathematical career, he was courted to take a number of prestigious positions in his hometown of Turin, Italy; in Berlin, Germany, and Paris, France. He was a self-taught mathematician, who ironically first found the subject of mathematics to be quite boring. But, he had a change of heart after being influenced by Edmond Halley’s, an English astronomer and mathematician, paper on the use of algebra in optics.

His start to math was a rocky one. He published his first work that was found to be subpar by his peers; and one that was very similar in form to a correspondence found between Johanne Bernoulli, Swiss mathematician, and Gottfried Wilhelm Leibniz, German polymath. Despite this first hurdle, he stuck to his study of mathematics with much more vigor. With the fear of being considered a plagiarist, he worked tirelessly to prove his worth in the field. Eventually, he went on to hold his first professor position in mathematics at only nineteen years old.

He suffered much distress in his later years with the tragic loss of his wife, and the difficulties he faced, barely dodging the guillotine in the French Revolution. Despite the threat of death, he would go on to be a huge influence in the world’s most widely adopted system of measurement. Upon his death, several equations were named after him. Read on to learn more about his work and life!

Lagrange was born Giuseppe Luigi Lagrangia in Turin, Italy. He had both Italian and French heritage. In fact, it was his paternal great grandfather who was originally a French army officer and moved to Turin after he married an Italian woman. When he was born, Turin had already switched to being the capital of Sardinia. Lagrange later switched his name to sound more French when he became a naturalized citizen in his later years, likely to protect him during the height of the French Revolution.

Lagrange’s father Giuseppe Francesco Lodovico Langrangia was the treasurer of the Office of Public Works and Fortifications in Turin. His job would provide him with quite a bit of wealth and prestige but unfortunately he lost most of his money and property before it could be inherited to his children. There is quite a bit of speculation around how he actually lost his wealth. But, Giuseppe Francesco and his wife Teresa Langrangia had eleven children, for which Lagrange was the oldest, that now had to find their own way to eventually care for themselves.

Lagrange, likely feeling obligated by his father’s financial situation and his wishes, decided to study law at University and agreed to become a lawyer. When he went off to University, he found he really enjoyed classical Latin, and avoided mathematics. This changed soon after he started really exploring the subject of mathematics, reading publications from both Maria Gaetana Agnesi and Leonhard Euler, the latter he considered to be one of the greatest mathematicians in Europe at the time.

Lagrange published his first work when he was only eighteen years old, after a year of intense study of mathematics. He didn’t seek mentorship when producing this work, a decision that was heavily criticized. This publication spoke to the analogy between the binomial theorem and the successive derivatives of the product of functions. He created it to appear to be a correspondence between himself and Giulio Fagnano, a fellow Italian mathematician.

This work was not well received at all and though not intentioned, a complete plagiarization. Embarrassed and fearful that his reputation could be tarnished as a plagiarizer, even before it could develop, Lagrange dedicated another year of his life to the intense study of mathematics.

His next focus would be on the tautochrone curve, a curve for which the time taken by an object sliding without friction in uniform gravity to its lowest point is independent of its starting point. This problem has already been solved in 1659 by Christiaan Huygens. However, Lagrange came up with a purely analytical method that did not involve any geometrical applications. The original methodology behind tautochrone curves was done by Huygens by tracing a point on the rim of a circular wheel as the wheel rolls along a straight line without slipping. Lagrange’s general solution allows one to derive a set of equations that must be satisfied by the shortest time curve between A and B.

After sending his more generalized method to Euler, who was working on a similar problem, he impressed and inspired Euler to solve this solution using this more simplified approach. Today, we would consider both their work to be considered calculus of variations and the Euler-Lagrange equations, i.e. the equations for maximizing or minimizing a curve.

Lagrange’s Move: From Turin To Berlin

After garnishing Euler’s respect and recognition, Lagrange made a name for himself in the mathematical field. By 1755, at the young age of nineteen, he became a professor of mathematics at the Royal Artillery School in Turin. Euler was so impressed with him, he wanted Lagrange to work with him at the Berlin Academy of Science. Lagrange turned it down to stay in Turin for the time being; and instead opted to become a corresponding member of the Berlin Academy. In the next few years, he became one of the founders of the Royal Academy of Sciences of Turin.

While in Turin, he continued to make great contributions to math. He applied mathematical solutions to physics problems, such as sound, fluid mechanics; and he applied math to astronomy, particularly the calculations of orbits of Jupiter and Saturn. His “function”, or the Lagrangian Function, contributed to the theory of vibrating strings, and was a foundational piece of theoretical physics.

His work on the oscillation of the moon won him a prize from the French Academy of Sciences in 1764. He made several other discoveries that would win him the same award. Euler and he focused on solving the three-body problem, a difficulty in taking the initial positions and velocities of three point masses and solving for their subsequent movements. In 1774, he won for his work around the  motion of the moon. And, again, he won in 1780, with his work on perturbed orbits of comets.

As the years went by, his mathematical prestige and skill did not go unrecognized by the Berlin Academy of Science. In fact, they constantly begged him to take up a position with them. However, Lagrange repeatedly turned them down because he never wanted to play “second best” to Euler. A twist of fate happened in 1766, when Catherine the Great persuaded Euler to make a return to St. Petersburg, Russia. Euler agreed, likely due to a waning relationship with Frederick II. Lagrange took his place as the Director of Mathematics at the Berlin Academy.

Lagrange’s Move: From Berlin To Paris

Front cover of Mécanique Analytique, written by Lagrange during the 1780s, via Christies

In 1767, Lagrange married his cousin Vittoria Conti and they lived together in Berlin for the next twenty years. In that time, he published papers on a wide variety of topics: the stability of the solar system, mechanics, dynamics, fluid mechanics and probability, numbers theory, and partial differential equations.

In 1780, he wrote his most famous treatise, Mécanique Analytique. It is considered the most comprehensive, analytical guide in the study of mechanics. It was inspired by Sir Isaac Newton’s geometrical applications to mechanics. Unlike Newton, Lagrange used analytics and algebraic equations to simplify Newton’s methods. It was published eight years later, when he had already moved to Paris.

Lagrange’s move to Paris was more of a personal one. He lost his wife to illness in 1783 and Frederick II shortly died thereafter. Berlin became depressing to him and he really suffered with his mental health. By 1787, he decided to move to Paris and was appointed to a paid position at the French Academy of Science. His Mécanique Analytique was published with two volumes; yet, he never opened them until years after he received the paper copies. His grief was consuming him and he didn’t have the desire to acknowledge his own work.

In Paris, the French Revolution was starting and because he was a foreigner of an “enemy” country, his life was at risk for the guillotine. In 1790, he was made a member of a committee at the Academy of Sciences, Standardized Weights and Measures. By 1793, his life was really on the line but was able to be “vouched” for by Antoine Lavoisier. Unfortunately, Antoine’s own fate led him straight to the guillotine as a prominent member in society, along with twenty seven other mathematicians and scientists. They were all tried and met their fate on the same day. By default, Lagrange became the chairperson for their committee.

With Langrange’s influence, he was able to essentially convince the committee to adopt the new unit system of measurement that used meters and kilograms, i.e. the metric system. The one used at the time was not conducive for trade, likely because it was not universal. It was approved by the commission; and now the metric system is widely used as the only system of measurement in the majority of the world.

Statue of Joseph-Louis Lagrange in Turin, Italy, via Britannica

Lagrange was lucky enough to receive most of his prior positions without the obligation to teach. When he was younger he only wanted to focus on the intense study of mathematics and his prior positions gave him the ability to do as much. In his final years, he decided to teach, accepting a position as a professor at the École Polytechnique (Polytechnic School). He also was given a high honor by Napoleon Bonaparte as the Legion of Honor and Count of the Empire. He died in 1813 and is one of the 72 French scientists who were commemorated on a plaque on the Eiffel Tower, placed when it first opened in 1889.