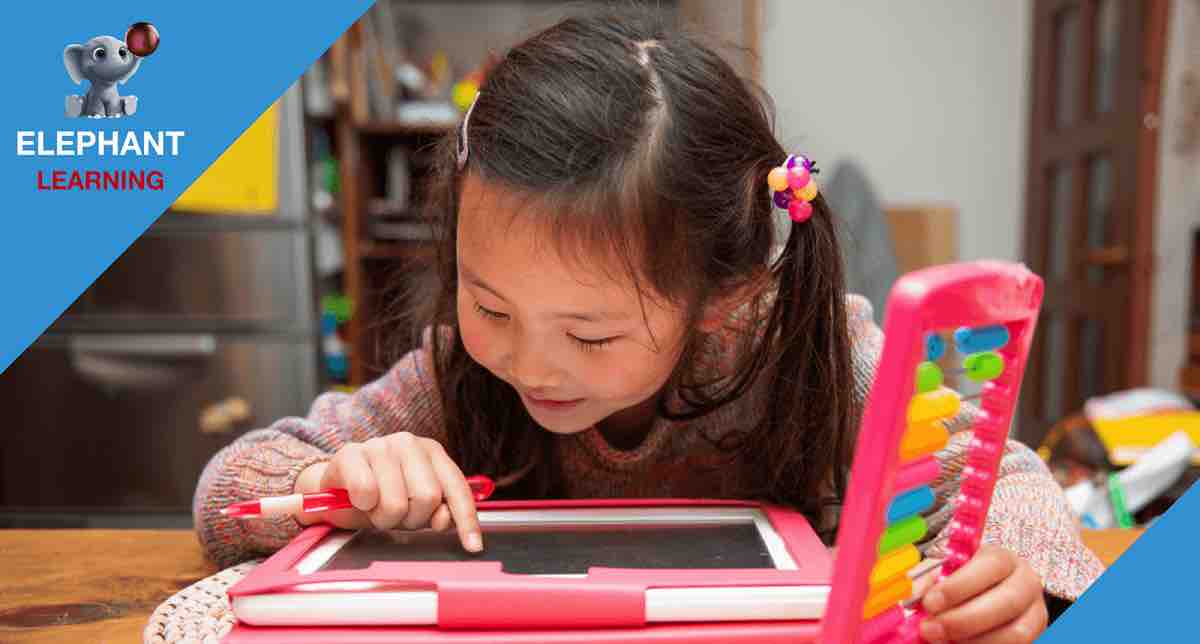 Studies show that early math skills have far-reaching benefits beyond just school performance, so naturally, you want to teach your child math concepts early to give them the best edge throughout their life and career. But when do “the early years” begin? How early is too early? And, for that matter, where do you start when the time comes? Here is everything you need to know about teaching early math, from understanding when they’re ready to learn, to tips for teaching foundational math concepts.

Is My Child Ready to Learn Math Concepts?

Everything depends on the student. We’ve had two-year-olds in the Elephant Learning system that have thrived, but we’ve also had two-year-olds in the system that just aren’t ready yet. You have to judge your child’s readiness and honestly ask yourself, are they ready for this step? These are crucial years for a child. In some cases, they’re still learning to speak. Can they even say numbers? What’s the point in asking them “how many” in a math problem, if they can’t even articulate an answer? Ask yourself:

If yes, great. Your child is likely ready to learn math concepts. But if not, no worries. There’s honestly no hurry and here’s why: it’s very common for us to have students in the Elephant Learning system at ages four or five years who start at the very basic counting skills, but then move on to multiplication and more difficult concepts in the span of three to six months.

The First Step: Identifying What Your Child Already Knows

Regardless of your child’s age, when you want to begin teaching them a math concept, you have to identify the starting point of your child’s comprehension. This way, you can ensure you’re not wasting your time or confusing your child.

‍Related: How to Evaluate Your Child’s Math Skills Based on Language

‍Use language to find out what level your child is at. What words do they understand and not understand? If you’re teaching your child during their early years, around the toddler age, it’s likely that if your child is familiar with ANY math concept, it’s going to be counting (and if they’re not, as stated above, that’s fine, too — there’s more on how to introduce them to counting below).

How can you test your child’s counting abilities? First, ask your child how many items are in a group. Can they count them?

Then, take the evaluation a step further and ask your child to produce, rather than just count. Have them separate out a certain number of objects out of a larger group of objects. This tests whether or not your child further comprehends the concept of counting and being able to stop counting once they reach the desired number.

Finally, you can then see if your child is able to “count on,” by asking them to start counting beyond a number other than zero (i.e. “How many would I have if I had two more than the eight you just gave me?” If they can “count on,” then they’ll start counting at nine. If not, they’ll begin counting the total number of objects all over again, from one).

Does your child know how to count? If so, then you can move on to other concepts. If not, here’s how to get them started.

Teaching Your Child to Count

When teaching children to count, it’s all about definition, recognition and production. The first step is being able to define a number. Can your child recognize a numeral? Can they say the word?

Show your child a singular object, call it “one” and show them the numeral “1.” Use the language in context and help them learn to define numbers. If they’ve mastered this first definition phase, they’ll be able to say the word “one,” recognize the symbol “1” and say “one” when they see the symbol, as well as recognize one object.

Once you’re confident your child understands the definition of “one,” then you can test their recognition. This test is as simple as holding up fingers and asking, “How many?” It’s asking “how many” all throughout your daily life. If you see them counting to get the answer, they’re showing recognition. After your child can recognize numbers and counting, move on to production. Ask them to give you a certain number of objects. If they’re able to slide over that number of objects and stop there, then they’re able to produce and they’ve mastered counting. In the Elephant Learning system, we start by teaching children to count with one to five. After they get to a certain level of recognition, we start teaching them to identify five through 10 while they’re learning to produce in quantities of one to five. After they can recognize those numbers, we move on to double digits: 11, 12 and 13. Then we can start to establish the rest of the teens and up to 20.

Prepare your child for an in-demand career in STEM

Stay Calm Through the Learning Process

The one thing you want to make sure you do during this process is to stay calm. Keep in mind, children at this age are prone to forget math concepts from day to day. If, for example, your child learns how to “count on” on Tuesday, but then can’t recall how to do so on Wednesday, it’s no big deal.

Additionally, children of this age often have issues with their attention spans. Just be aware of your child’s attention span and don’t try to push them beyond it. Hold their attention as long as possible, but don’t force anything — that can just make them tired and cranky.

Remember: This is hard work for children.

Counting on your fingers seems easy to me and you, but for a child, it’s a challenge. The key point is to understand where your child is and work with them where they are. If you start to challenge them and they don’t respond positively, just take things back a step and keep practicing. The more you practice a math skill, the faster they’ll learn it.

If you can do all of the above and get your child counting to 20, then they’re entering kindergarten ahead of their peers and, statistically speaking, they have a good chance at going to college and being prepared for STEM fields.