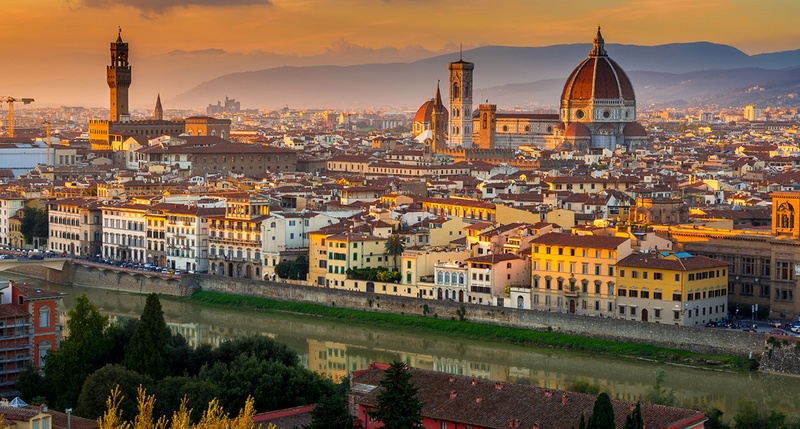 Gerolamo Cardano, The Most Influential Mathematician of The Italian Renaissance

Gerolamo Cardano was known as a great mathematician and doctor of medicine whose strong and difficult nature got him ostracized for most of his life in prestigious circles, like the College of Physicians, in Milan. He was born illegitimately to his father, Fazio Cardano, a close personal friend of Leonardo Da Vinci and a gifted mathematician and jurist; and his mother Chiara Micheria,  who met his father while running away from the Plague in Northern Italy. She ended up outliving her three children who died from the Plague.

Cardano was most known for his ability to solve quadratic and cubic equations; along with being a very gifted medical doctor who had royals seeking his services. Even though he achieved great success through math and science; he lived quite a tragic personal life. He outlived his eldest son, wife, and was once thrown in jail for allegedly creating the astrological natal chart of Jesus Christ. He was eventually forgiven by the Pope, but for years after his arrest, he was precluded from publishing any of his books. After his son died, he never recovered and most of his life was him enduring personal tragedy after another. Read on to learn more about his work and life!

Portrait of Gerolamo Cardano, via Wikimedia

Gerolamo was born in Pavia, Italy and was often sick and unhappy for most of his childhood. He was pressured by his father, Fazio Cardano, to follow in his footsteps in law. But, Gerolamo was more attracted to science and philosophy. Fazio didn’t marry Chiara Micheria, his mistress, until much later in life, so Gerolamo was considered illegitimate, which would cause complications in his finances and his reputation later in life.

In 1520 Gerolamo left to study medicine at the University of Pavia, where his father worked as a lecturer in Geometry. Not long after he left for University, his father died. Gerolamo was left with a small fortune that dried up quickly and couldn’t cover most of his expenses. He turned to gambling in order to improve his finances. He used his mathematician mind to play cards, chess, and dice using probability. He actually was quite successful during these years of his life and was able to support himself while he went to school.

Unfortunately, when he graduated, he had been well known for his bombastic, surly personality and his illegitimate birth; so he was refused entry into the College of Physicians in Milan. Instead, he moved to Padua and set up his own practice of medicine there. He eventually met his wife Lucia Bandarini, where they had three children: Giovanni, Chiara, and Aldo Battista. He didn’t make enough money and went back to gambling to pay for their lifestyle. Unfortunately, he lost his edge, and would have to sell his wife’s jewelry to make ends meet.

Luckily, Gerolamo would eventually land on his feet in Milan. He took up his father’s former position as a lecturer for the Piatti Foundation in mathematics. He also continued his private practice and became quite successful, eventually seeing very wealthy clients. He ended up turning down offers from royalty like the Queen of Scotland and the King of France, to be their personal physician. He appreciated the freedom of his private practice too much. It was not too long before The College of Physicians started coming to him and asking him for counsel on patients.

By 1539, he received admission to the College of Physicians with a little help from his wealthy clients, where he quit teaching and focused on his patients and his individual mathematician pursuits. He also published two mathematical books that year.

Tartaglia was skeptical of leaking his formula out to the public and had agreed with Gerolamo to keep his formula a secret. He sent Cardano his formula in the form of a poem to make it even more difficult to read for others, in case it got into the wrong hands. It read:

When the cube and things together

Are equal to some discrete number

Find two other numbers differing in this one.

Then you will keep this as a habit

That their product should always be equal

Exactly to the cube of a third of the things.

The remainder then as a general rule

Of their cube roots subtracted

Will be equal to your principal thing

In the second of these acts,

When the cube remains alone,

You will observe these other agreements.

You will at once divide the number into two parts

So that the one times the other produces clearly

Then of these two parts, as a habitual rule,

You will take the cube roots added together,

And this sum will be your thought.

The third of these calculations of ours

Is solved with the second if you take good care,

As in their nature they are almost matched.

These things I found, and not with sluggish steps

In the year one thousand five hundred, four and thirty.

With foundations strong and sturdy,

In the city girdled by the sea.

Successfully solving this equation led him to solving:

Gerolamo And Tartaglia Fall Out

With the further assistance of Ludovico Ferrari, his student and secretary, who found his own solutions for these equations; Cardano was able to create the Artis Magna, Sive de Regulis Algebraicis Liber Unusa Book One, (The Great Art, or The Rules of Algebra). Written in 1545, this book is now considered as one of the great scientific treatises of algebra. He combines the work of Ferrari, Tartaglia, and himself to create this book and gives credit in his book to both Ferrari and Tartaglia within its Introduction. The Artis Magna helped to propel Cardano’s reputation as one of the leading mathematicians of his time.

Unfortunately, Tartaglia, despite this nod to his work, felt betrayed by Gerolamo for revealing his solution to these cubic and quadratic equations; and he started an ongoing feud with Gerolamo for years. He published a book in 1546 harshly criticizing Cardano for this betrayal.

Years later he entered a public mathematician contest in Milan, challenging Ferrari to a grueling intellectual duel where he ended up dropping out and fleeing the city. Ferrari won by default and Tartaglia was publicly humiliated and became essentially unemployable. Even though their feud was never resolved; today, most mathematicians would give credit to all three: Cardano, Ferrari, and Tartaglia for being the main minds behind solving these quadratic and cubic equations.

A page out of Ars Magna, written by Gerolamo Cardano in 1545, via the Mathematical Association of America

A year after he created Ars Magna, his wife dies. He ends up outliving his eldest son, Giovanni, who was executed after he was found guilty for poisoning his wife.  Cardano, unfortunately, continues his sadness for the rest of his life. His other son, Aldo, also ends up living nefariously and follows in his early footsteps as a gambler. Unlike his father, most of Aldo’s dealings in gambling were poor and he dealt with a lot of unscrupulous characters. Cardano’s interest in astrology also gets him in trouble with the law of the time. He is sent to jail for the crime of heresy, but ends up leaving not too long after he was thrown in.

Though his reputation took a dive after he went to jail; when he was found not-guilty and forgiven by the Pope, his reputation rebounded.  Before he died, he wrote 230 books, published 138 of them that covered an array of fields including: math, medicine, physics, biology, chemistry, astronomy, astrology, and even gambling. His book Liber de Ludo Aleae (Book of Games of Chance), is the first book that contains the systemic treatment of probability in throwing dice. He died in 1576. He was trying to prove that he could predict his exact time and date of death and he solidified his prediction through suicide.

Though his personality as a cantankerous, ill mannered, and sad man didn’t do him any favors for most of his personal life, most mathematicians would attribute his work in the Artis Magna to be the foundations of algebra.