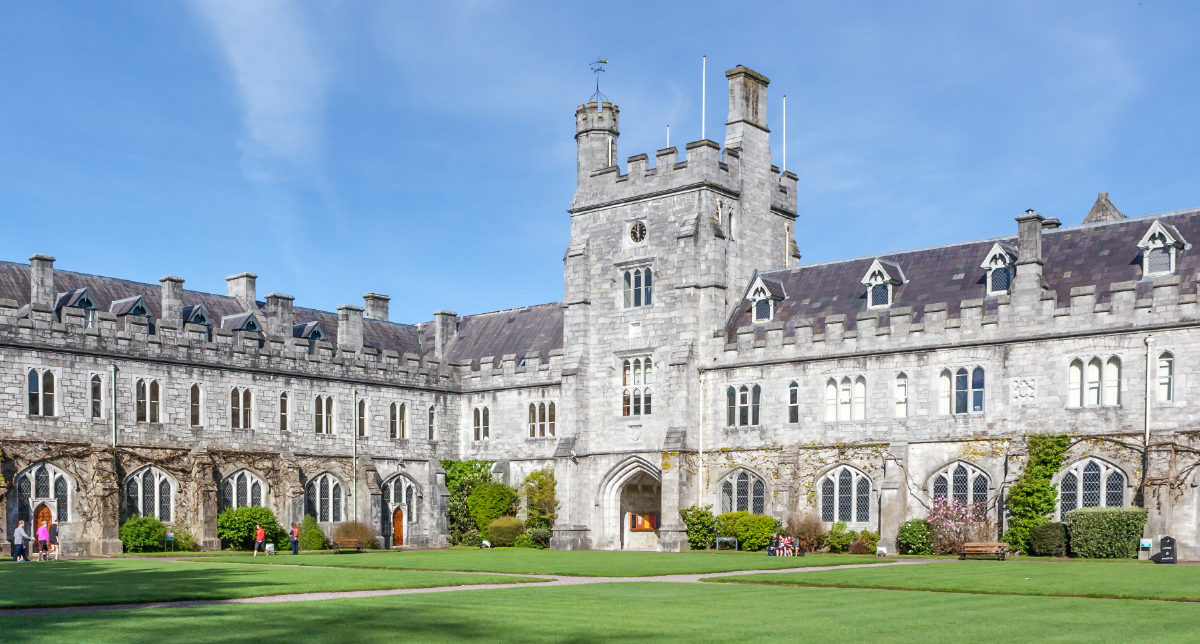 George Boole was an English mathematician who developed a logical theory and an algebraic approach that serves today as the basis for all electronic devices, including the computer. He was born of humble beginnings and taught himself mathematics from classical mathematicians such as Isaac Newton, Pierre Simon Laplace, and Joseph-Louis Lagrange.

By the time he was 20, he had already opened up his first school, despite not having any substantial formal education. He wrote several publications on logical theory and was the first Englishman to make the analogy between algebraic symbols and those that could be represented in logical forms and syllogisms.

Portrait of George Boole by an unknown author, via Wikimedia

George Boole was born a “weak” child in Lincoln, Lincolnshire, England to a working class family. His parents feared that he would not live, but he quickly gained his strength and became a healthy boy.  His father, John Boole, was a shoemaker, had his own business, and was the first one to teach him his first lesson in mathematics. His mother, Mary Ann Joyce, was a lady’s maid. His father was probably a better friend to George and his three siblings, than breadwinner. His interests lied not particularly in his business, but being a devotee at the Lincoln Mechanics’ Institution, where they had lectures and discussions on science related matters. He was also very interested in mathematics; which is probably where George got his own interest from.

Besides some elementary school, George Boole did not have any formal education. Instead he would spend his leisure time reading books by well-known mathematicians and teach himself classical and foreign languages, such as Latin, French, and Greek. He was an avid attendee of Sir Edward Bromhead’s library, which was only a few miles from his home; where he was able to do his mathematical and linguistic self study.

By the time he was sixteen, his father’s business was in decline. He had to help his family earn money; so he decided to teach at the local elementary school and tutor the students. He became the assistant teacher at Heigham’s School in Doncaster. He also taught the locals Latin as another means for making an income. By the time he was 20 years old, he would open his first private school to support the local children with their education. He continued to be the school’s headmaster for fifteen years and used his position as a way to continue his own education, studying differential equations, calculus of variations, and other mathematical disciplines.

By 1841, he was starting to publish papers on algebra, using symbolic methods to solve equations. He submitted his papers to the Cambridge Mathematical Journal.  His Researches on the Theory of Analytical Transformations papers were on differential equations and the algebraic problem of linear transformations, in which he emphasized the concept of invariance. His Philosophical Transactions of the Royal Society papers discussed how solutions in which algebra and calculus could be combined. The latter papers actually won him his first gold medal for mathematics from the Royal Society.

In 1847, he wrote a pamphlet detailing how logic is more allied with mathematics, rather than philosophy. It would be a combination of his publications that gave him enough prestige to be appointed as the professor for mathematics at Queens College in Cork, Ireland. There, he met his wife Mary Everest, who was a mathematician in her own right. They had five daughters together.

The free Boolean algebra arranged in a Hasse diagram, via Wikimedia

In 1854 Boole wrote his most famous treatise that would be the basis of the algebraic system that would create the binary system that computers and all electronic devices use today. It was a reflection on Aristotle’s system of logic which “Boolean algebra” was based off of. It was largely based on using two quantities: true and false, or 1 or 0.

His treatise and his other publications made him quite prestigious in mathematician circles. And, in 1857, he was elected as a fellow member of the Royal Society. Two years later, he wrote a sequel to his Laws of Thought series called A Treatise on the Calculus of Finite Differences. It discussed solutions to differential equations.

In 1858, he won an honorary membership to the Cambridge Philosophical Society. The following year, he also was awarded an honorary degree from Oxford. He was always looking for a way he could return to England and get a professorship there, but he stayed at Queens College until his death.

In December 1864, Boole, having an unbelievably strong sense of duty to teach his students, walked the three miles from his home to Queens College in a terrible rainstorm. When he arrived at the University, he continued to teach his students, despite him being extremely cold and in wet clothes. Unfortunately, he caught pneumonia and was never able to recover. He died in Ballintemple, Cork, Ireland that year, at the age of 49. A crater on the moon has been named after him.

His work can be summed up by Augustus De Morgan, a famous 19th century English mathematician and professor of mathematics at University College of London: ‍

“Boole’s system of logic is but one of many proofs of genius and patience combined…That the symbolic processes of algebra, invented as tools of numerical calculation, should be competent to express every act of thought, and to furnish the grammar and dictionary of an all-containing system of logic, would not have been believed until it was proved.”