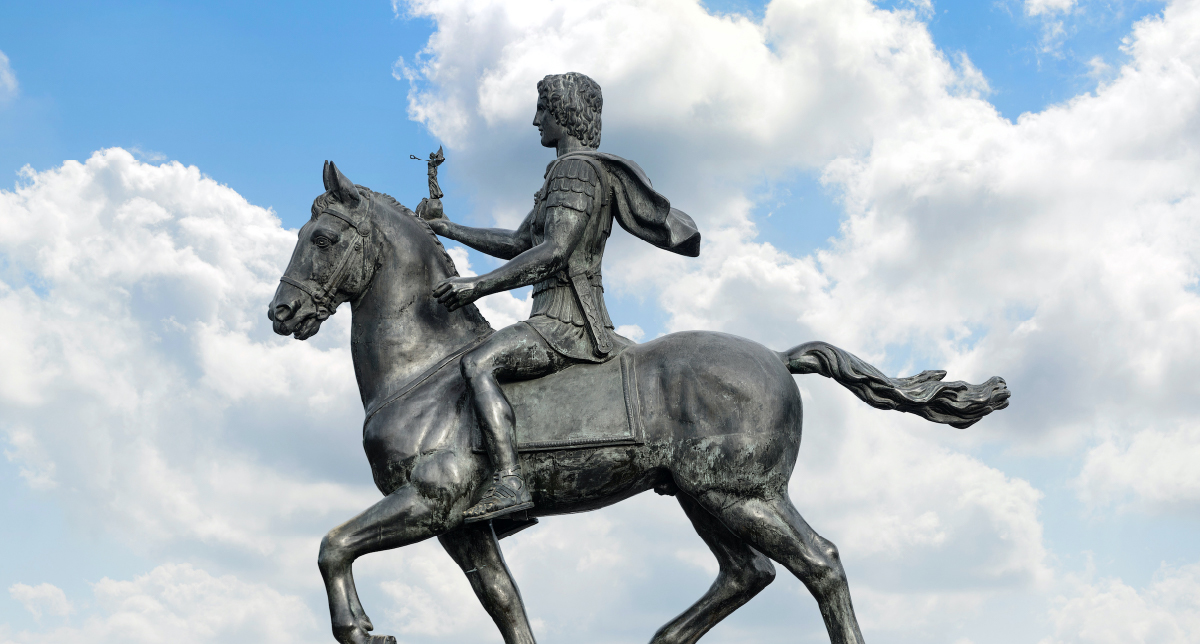 Euclid of Alexandria, An Influence That Spans Millennia

Euclid is often conflated as the father of geometry, though given we know very little about the validity of his biography, it is hard to consider him with that title. His Elements is, however, by far, the most famous publication for the creation of modern geometry. It has been adopted a number of times over the years to conform to the modern day academic study of the subject.

Euclid’s own life is heavily debated on whether it even existed. Some say that Euclid’s Elements is actually just a collection of mathematicians’ works over the years, around the time he may have been alive. Even if the latter may be true, it is strongly believed that a person name Euclid did exist. His life and the substantiation of his work may be heavily debated; however, there is no debate that he was heavily influential in the development of modern geometry. And, Euclid’s influence spans beyond millennia after he was surmised to be alive.

Euclid (circa 300 BCE) Father of Geometry?

Illustration of Euclid by an unknown artist, circa 1474, via Wikimedia

Euclid lived around 300 bce but the exact time of his birth and death is a mystery. Based on Apollonius, another Greek mathematician, who flourished in 200 bce, we know Euclid had to have existed before he referenced his work. Euclid was perceived to have taught in Alexandria, a city in Hellenistic Egypt, which was ruled by the Greek emperor Ptolemy I Soter. He reigned over Egypt from 323 to 285 bce; so, most perceive Euclid lived during most, if not all of his reign.

There is no evidence that his most famous work, Elements was actually written by him or, in actuality, a compilation of other mathematicians’ works he pulled together, organized, to create the book.  It consisted of thirteen books covering largely the study of geometry, but also numbers theory. Whether Euclid originally wrote all of Elements, or just did a good job of compiling other mathematicians’ theories, it is continued to be seen as the standard for all styles of modern mathematical literature to come thereafter. It also marks the origins of geometry, as we know the field today. Its influence has lived on for thousands of years and has been adapted several times to keep it up to date with modern mathematical studies and curriculums.

The 1704 Latin version of Euclid’s Elements, via Wikimedia

Elements is remarkable because before this work, there was no collection of theorems organized in such a way. It single handedly raised the standard of mathematical works for all future publications, or collections of work thereafter. The book is written at a rather high level and a lot of the theorems presented in the book have been sophisticated or perfected thousands of years later. However, all theorems can be broken down into five axioms that were stated at its beginning.

Currently, Elements is the crux of the United States’s highschool geometry curriculum across the country. Though, the original work has been rewritten or re adopted several times over. The first example of this is done by Scottish mathematician Robert Simson, in his book The Elements of Euclid, written in 1756, which became the first English version of Euclid’s Elements. Simson is often attributed to have created theorems associated with his book; yet, some did not derive from his work at all. For example Simson’s line, which was first attributed to him by Scottish mathematician William Wallace in 1799. By this time, Simson had died several years before, so he could not have made this theorem.

Another example of this is by John Playfair, a Scottish mathematician active in the late 18th century. He wrote Elements of Geometry in 1795 where he simplified one of the most famous theories in the original work. Today entitled the Playfair axiom, he restates the fifth axiom to be:

In a plane, given a line and a point not on it, at most, one line parallel to the given line can be drawn through the point.

The work has also been translated in other languages, for example French, by mathematician Adrien-Marie Legendre in 1794. He published Eléments de géométrie which was the version that was used by David Brewster in 1828 to create his version Elements of Geometry and Trigonometry. In 1862, Charles Davies, an American mathematician, adopted this version into the high school level geometry curriculum as it is known today.

One of the oldest surviving fragments of Euclid’s elements, dated to circa AD 100, via Wikimedia

President Abraham Lincoln had no formal education. Yet, in his 1860 autobiography, he talked about how influential Euclid’s Elements was to his self-education. He said at twenty three, when he separated from his father, he studied six books of Elements. He even referenced it in his famous fourth debate with Senator Stephen in 1858. In this speech he says:

“If you have ever studied geometry, you remember that by a course of reasoning, Euclid proves that all the angles of a triangle are equal to two right angles. Euclid shows you how to work it out. Now, if you undertake to disprove that proposition, and to show that it is erroneous, would you prove it to be false by calling Euclid a liar.”

What is important about the influence Euclid’s writings had on President Lincoln’s life is that even though it was heavily the study of geometry, it actually helped Lincoln improve his mental faculties, particularly around improving his logic and language skills. It helped Lincoln think more logically and reasonably which likely led him to becoming President. Lincoln was so influenced by Euclid, that he was well known for traveling, pretty much everywhere, by horseback with Elements in his saddlebag.

There is a lot to be debated with Euclid’s life and work; however, one cannot argue that his influence is substantial, lasting in the field of geometry, numbers theory, and the history of mathematics, more generally.