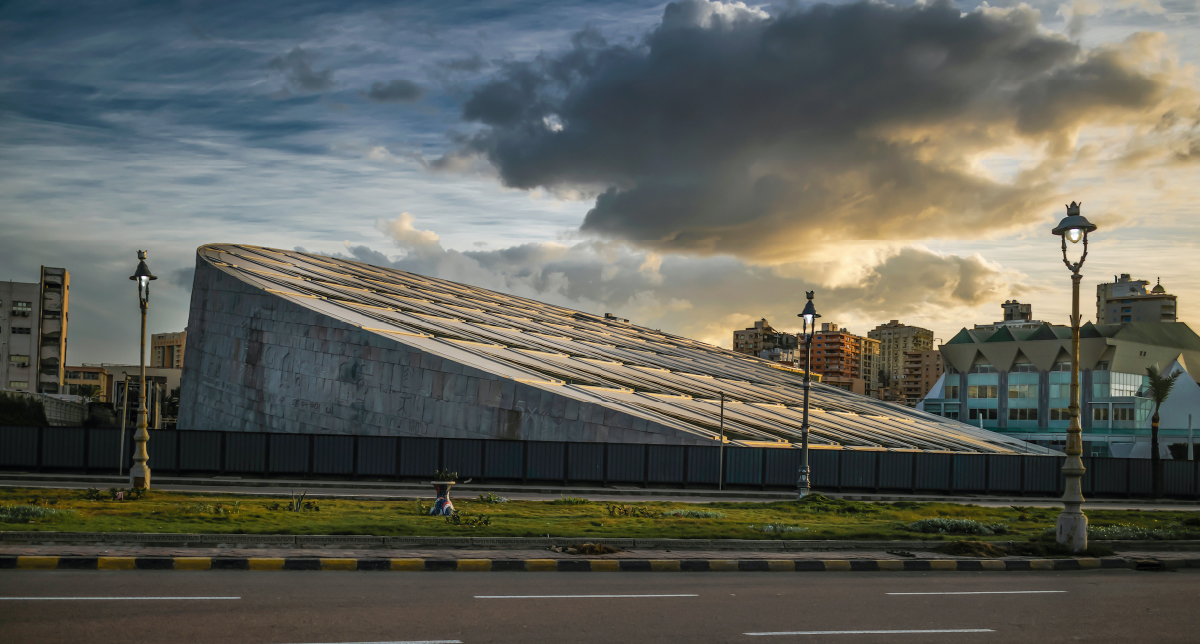 Eratosthenes, The Mathematician Who Gave Us the Circumference of the Earth

Eratosthenes was a Greek scientist, writer, astronomer, mathematician, and poet. Little of his life is known. Though he made two significant findings in mathematics. With only a two percent error, he was able to find the circumference of the Earth. And, through his own methodology, he was able to discover which numbers were prime numbers.

Not a lot of his writings have survived to this day and he spent the majority of his life as the chief director of one of the most famous libraries, The Library of Alexandria, in Egypt.

He had rather a tragic ending to his life, but was able to live until he was eighty-two years old; which for those days was quite a significant achievement. Read on to learn more about his work and life!

Eratosthenes was born in Cyrene, now Libya, North Africa in 276 BCE. His father was Aglaos but not much is known of his mother. He studied in one of the local schools for his basic academic studies but quickly moved on to Athens to learn philosophy.

It was necessary for any intellectual at the time to study in Alexandria, so Eratosthenes ended up there to further his studies. Alexandria became the intellectual capital of the ancient world and prominent Romans, Greeks, and Egyptians would meet there to share knowledge. It also  was in an agriculturally fertile location, between two bodies of water; so it also became an international port for trade and defense.

At thirty-one, Eratosthenes was offered a position as Chief Librarian at the Library of Alexandria. He spent a significant portion of his time increasing the stock of available books there, for which he was successful. He also tried to fix literary and political events’ dates in the texts to make them more accurate.

Visualization of the "Sieve of Eratosthenes" algorithm, via Wikimedia

While maintaining his post in Alexandria, Eratosthenes traveled to Syene, now Aswan, Egypt. It is about 500 miles southeast of Alexandria. He noticed that one time of the year the Sun’s rays fall vertically at noon. We now know that this time was the summer solstice. He noticed that in Alexandria, at the same time, the Sun’s rays fell at an angle of 7.2 degrees from the vertical. Using the estimate of the distance between the two cities he was able to calculate the circumference of the Earth; which he determined was approximately 24,660 miles. (Greeks did not use miles but instead measured in stadia; which was a unit of measurement equal to the length of an Olympic or Egyptian stadium.)

Through the tools we have now, this calculation doesn’t seem that impressive, but for Eratosthenes’ time, this early version of geometry was quite advanced. Plus, Eratosthenes’ calculation only is about two percent off from what has been determined as the Earth’s true circumference: 24,901 miles.

Unfortunately, no detail of his method survived. We only know of Eratosthenes’ findings from Cleomedes, a Greek astronomer, who noted it down in Meteora.

He also was quite influential in numbers theory. He developed a methodology of generating prime numbers, or numbers that can only be divided by the number 1 and itself. He created the Sieve of Eratosthenes, named after him, which was a table of numbers that could go on for as long as the person using it wanted. He began with the number 2, where he would scratch out every multiple of 2 throughout the table; then he would move on to the number 3 and scratch out any multiples of that number. He would continue the process until he discovered which of the ones he didn’t scratch out, were the prime numbers. This was probably one of the earliest examples of numbers theory that still carries relevance today.

Eratosthenes teaching in Alexandria, circa 1635, from Wikipedia

Eratosthenes kept other interests and wrote quite considerably on science, poetry, theater, ethics, and astronomy. However, only a small few of his writings survived. He wrote a treatise on the eight-year lunar-solar cycle, octaeteris. He also wrote Catasterisms a book that discussed constellations, their description, and stories about them, including the stars they contained. Some scholars vehemently disagree that Eratosthenes was the actual person who wrote this publication, and instead, they believe it was erroneously attributed to him. He has, however, been credited with writing poetry about astronomy.

Some of his writing did veer away from the subjects of science and mathematics. He supposedly wrote for theaters and wrote on the subject of ethics. And, even wrote about Greek mythology through the type of poetry referred to as Hermes, or poems that discussed the history of the gods.

Eratosthenes spent eighty-one years of his life pursuing intellectual pursuits; so when he contracted ophthalmia in 195 BCE, an inflammation of the eye that left him blind; it made him deeply depressed. He became so depressed he tried to commit suicide by starving himself.

He was eventually put to rest the following year at the age of 82 years old. His contributions to science, mathematics, poetry, and philosophy were inspiring and continue to influence those subjects today. Including his philosophical belief that all humans, no matter their ethnicity and nationality, were inherently good.