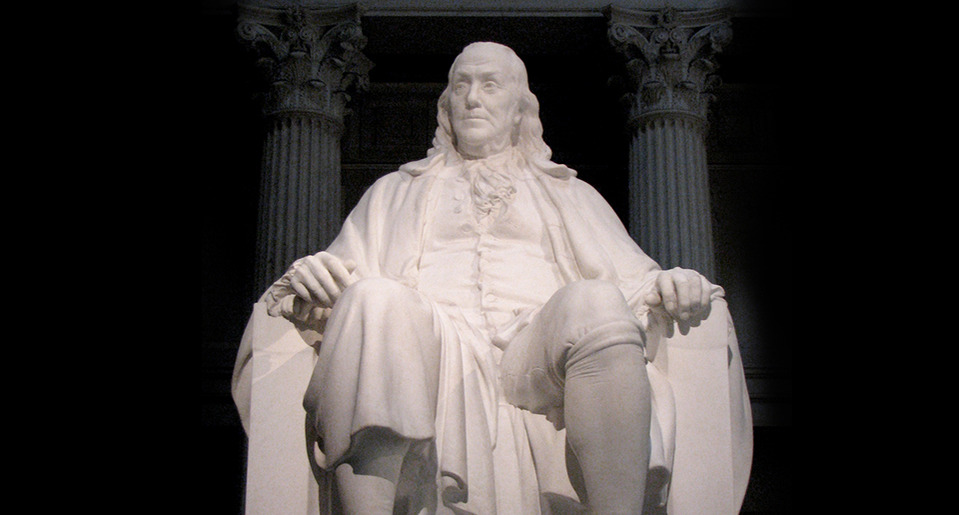 Benjamin Franklin is one of the most well-known figures in the history of the United States. His face appears on the $100 bill. He was a Founding Father of the U.S., and he signed both the Declaration of Independence and the Constitution.

Franklin was also the famous inventor of the lightning rod, bifocals, and other solutions to problems of his time.

One might assume that Franklin, with all of his accomplishments, received formal education from the most prestigious schools.

The truth is that Franklin’s family did not have the money to send him to school. He was forced to drop out at the age of 10 after just a single year in grammar school and another with a private tutor.

That unfortunate circumstance didn’t stop Franklin from pursuing his passion for learning. He read every piece of writing he could find. He taught himself to write eloquently. He also worked as a printer’s apprentice under his brother, who published a local newspaper.

Franklin was born on January 17, 1706, in Boston, Massachusetts. He was the 10th son and one of 17 children. Franklin’s father, Josiah, was a soap and candle maker and could not afford to put his children through school.

Franklin was bright and learned to read at an early age. He attended one year of grammar school and had a private tutor for a second year, but that was as far as his formal education went.

So, at the age of 10, he took it upon himself to read everything he could find. He also taught himself to write.

When he was 12, Franklin became an apprentice to his older brother, James. James owned a printing company that printed the “Boston Gazette,” and he later published the first independent newspaper in the colonies, the “New England Courant.”

Franklin continued to educate himself while working for James. By the time he was 17, he was a master printer himself.

Franklin, the Writer and Businessman

While learning about the printing business, Franklin had been reading everything that he and his brother set to print. He realized that the ability to write eloquently was a rare skill in his time, and people paid attention to those who could write well.

Franklin’s first published work was a series of essays in the “New England Courant.” He used a pseudonym and was pleased to see that people assumed someone with a higher education wrote his work.

Within a few years, Franklin owned his own printing company in Philadelphia. After he published an essay about the necessity of paper currency, Franklin’s company won the job of printing all of Pennsylvania’s paper money. He also printed currency for New Jersey, Delaware, and Maryland.

By the time he was in his 40s, Franklin was one of the wealthiest businessmen in the northern colonies.

Franklin was as passionate about social causes as he was about business. He helped create The Library Company of Philadelphia, a police force, and a volunteer fire company. He was also instrumental in founding the Academy of Philadelphia, which would later become the University of Pennsylvania.

Following those achievements, Franklin sought more high-powered public offices. He served on the Philadelphia City Council, was a justice of the peace, and became a member of the Philadelphia Assembly.

He set up the Pennsylvania Hospital and the American Philosophical Society, which brought together scholars to debate morals, politics, and philosophy.

From there, he sought higher stations within the British Empire and spent several years living and working in London.

However, the unfairness of Britain’s Stamp Act, and the resulting colonial unrest, led Franklin to start questioning his faith in British rule.

In the late 1740s, Franklin had amassed enough wealth to retire from the printing business. In addition to public service, he wanted to pursue his love of science.

In 1752, Franklin conducted his famous kite experiment, flying a kite in a thunderstorm and demonstrating that lightning is electricity.

His first invention, the lightning rod, was designed to protect buildings from catching fire from lightning.

Other inventions followed, including:

Bifocals by Benjamin Franklin, via Wikimedia.org.

In 1775, Franklin was chosen to be a delegate to the Second Continental Congress. The Revolutionary War had begun. Franklin was part of the committee that drafted the Declaration of Independence.

To beat the British forces, the colonists needed help from the French. Franklin was sent to France to ask for help with the war, and it was granted. Later, Franklin helped draft the Treaty of Paris that ended the war.

In 1787, Franklin was one of the Founding Fathers who signed the U.S. Constitution.

To this day, Franklin is one of the most well-known figures in American history. His ideas and contributions were critical to the founding of the country.

His inventions provided comfort and safety to his fellow colonists, and he worked tirelessly to establish institutions that improved lives in Philadelphia.

Franklin was living proof that a boy without a formal education could grow up to change history.