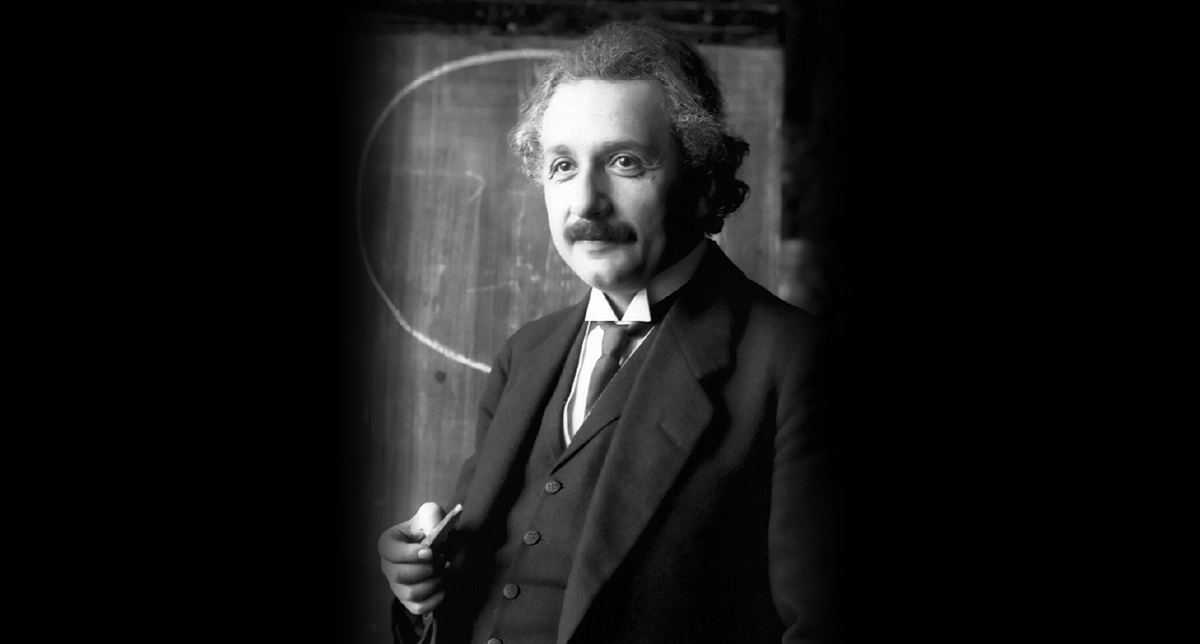 Albert Einstein is one of the most famous physicists of all time. He introduced the world to the general theory of relativity and the equation E=mc2, which changed science forever.

What many people don’t know is that Einstein was not the “perfect student” when he was young. His speech was delayed, and he was said to be forgetful and a daydreamer. He didn’t socialize well with other children and exhibited temper tantrums. He also didn’t excel in subjects that required rote memorization.

In fact, one teacher told Einstein that he “would never amount to anything.”

The truth was that Einstein had a very curious mind and a need to question everything. He also had a tendency to rebel against authority. This aligned differently with the strict curriculum of schools in his time. He thrived in creative learning environments where questions were welcomed. He was especially intrigued by how invisible forces affected the world.

Ultimately, his insatiable curiosity to understand how the world (and universe) worked propelled Einstein to greatness. He won a Nobel Prize for physics, and his theories were discussed around the globe.

Discover how Einstein overcame his challenges in school to change the world of physics!

Einstein was born on March 14, 1879, in the city of Ulm in southwestern Germany. His father, Hermann, worked as a featherbed salesman and ran an electrochemical factory. His mother tended the house and cared for him and his sister Maja.

Einstein reportedly didn’t speak until the age of two. As a child, he was prone to extreme temper tantrums and would throw things. He even threw a chair at a teacher once.

When Einstein showed a speech delay, his concerned parents consulted a doctor. It’s now thought that he may have been on the autism spectrum, which contributed to his difficulty communicating and connecting with other children. Later in life, Einstein said his thoughts and ideas came to him as images rather than words. This way of thinking may have contributed to his delayed speech, too.

The first spark of Einstein’s insatiable curiosity about the world around him occurred at age five. His father gave him a compass, and he was fascinated by the unseen magnetic forces that made the needle move. This fascination would persist for the rest of his life.

Einstein started school when he was six years old. His teachers noted that he got good grades but didn’t feel he was a particularly talented student. His dislike for the traditional school model and authority did not make him popular with his instructors.

About school, Einstein once wrote, “It is, in fact, nothing short of a miracle that the modern methods of instruction have not yet entirely strangled the holy curiosity of inquiry."

Math and science were two subjects in which Einstein excelled. At the age of 11, he was reading college-level physics textbooks. He discovered a passion for geometry at age 12. At 14, Einstein mastered differential and integral calculus.

Einstein’s frustration with rigid school curriculums led him to drop out of school at 15. He decided to educate himself for the following year. When he was 16, he took a college entrance exam. He passed the math and science portions but failed language and history. He then enrolled in a secondary school that encouraged his creativity and free thinking.

Upon graduating in 1896, Einstein enrolled in the Swiss Federal Polytechnic School in Zurich.

Once again, he showed brilliance in math and science but hated attending lectures. However, he made lasting friendships and enjoyed deep conversations about space and time with fellow students.

Einstein’s tendency to cut class caused him problems after he graduated in 1900. His behavior had angered some of his instructors. One instructor, in particular, made things difficult for his career. When Einstein applied for academic positions, he was turned down over and over.

Einstein had met and fallen in love with a woman named Mileva Maric. Mileva was a fellow student at Swiss Federal. Unfortunately, he could not marry her and support a family without a job.

He tried taking on low-paying tutoring jobs but kept getting fired.

In 1902, the father of a friend helped Einstein get a job in a Swiss patent office. Einstein and Mileva were married the following year. They would have two sons, Hans Albert and Eduard.

Einstein never gave up on his scientific pursuits. He published four groundbreaking physics papers in 1905 (later called his “Miracle Year”).

These papers discussed the following concepts:

Interestingly, Einstein’s papers didn’t get a lot of attention at first. That changed when Max Planck, the founder of quantum theory, confirmed Einstein’s ideas.

After that, Einstein was offered academic positions at prestigious universities, including the University of Berlin. There, he served as the director of the Kaiser Wilhelm Institute for Physics from 1913 to 1933.

The General Theory of Relativity

Einstein presented what is considered his most famous work, the general theory of relativity, in 1915.

Einstein’s theory of relativity describes gravity as a curving of space (instead of an invisible force) around an object. As the mass of an object increases, so does the curve of space around it.

After World War I ended, two expeditions to test the theory proved it was correct. Einstein became famous around the world.

By 1921, Einstein was traveling around the world, speaking about his theories. While returning from Japan that year, he discovered he had won the Nobel Prize for Physics.

Around the same time, Einstein launched a new form of science: cosmology. Cosmology studies the origin and development of the universe.

Einstein’s theories and calculations predicted that the universe was not static. Instead, it was dynamic and either contracting or expanding.

Albert Einstein in 1947, via Wikimedia.org

For the rest of his life, Einstein continued trying to unlock the mysteries of the universe. He explored the possibilities of wormholes, time travel, black holes, and how the universe began.

Many of his ideas were way ahead of his time. In fact, scientists are still winning Nobel Prizes for experiments based on his work decades after his death in 1955.

Imagine where we’d be if Einstein had listened to his childhood critics and given up on his inquisitive nature.