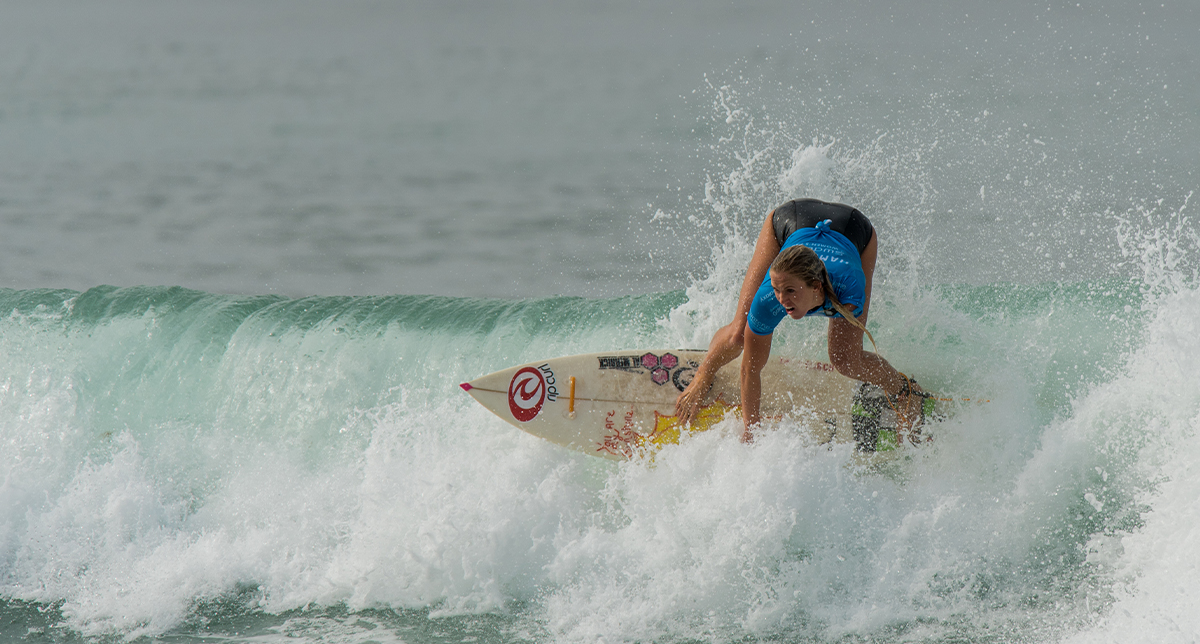 Bethany Hamilton’s story is one of perseverance, fearlessness, and dedication. Attacked by a shark while surfing at the age of 13, Hamilton lost her left arm—but not her passion for her sport.

Many people would fear returning to the ocean after such a traumatic experience. Hamilton got back on her surfboard a short month later. She was determined to become a world-class surfer despite her setback.

At the age of 15, Hamilton won the 2005 National Scholastic Surfing Association (NSSA) Championships. She began competing as a professional surfer a few years later.

Discover how Hamilton’s fierce determination helped her overcome a seemingly insurmountable obstacle to achieve her dreams.

Hamilton was born on February 8, 1990, in Lihu on the Hawaiian island of Kauai. Her parents, Tom and Cheri Hamilton were surfing enthusiasts. They had moved to Hawaii before Hamilton was born to enjoy the surfing opportunities and lifestyle the islands had to offer.

Hamilton and her older brothers, Noah and Tim, all grew up surfing from a very young age.

Hamilton began to surf competitively at the age of eight. In 1999, she was scouted by the surfing sportswear company Rip Curl at a Hawaiian junior event. She earned her first sponsorship deal shortly after that when she was nine years old.

Hamilton joined the Hanalei Surf Co. team and began regularly beating more experienced surfers in competition. In 2003, Hamilton was the champion of her age group as well as the open division of Hawaii's Local Motion/Ezekiel Surf Into Summer event at the age of 13.

The next month, Hamilton placed second in the open women’s division of the NSSA National Championships. The open division is the NSSA’s highest level of competition.

In October 2003, Hamilton went surfing with her best friend Alana and Alana’s father and brother. Hamilton was lying on her surfboard when she suddenly felt a heavy pressure on her left arm. She didn’t know it at the time, but a 14-foot tiger shark had gotten a hold of her.

Her surfing companions quickly realized her arm had been severed and sprang into action. Alana’s father used his surfboard leash to make a tourniquet for Hamilton, and the group paddled to shore.

Hamilton was rushed to the hospital, where she underwent several surgeries. She survived, but her left arm was amputated below the shoulder.

For many, this event would have meant the end of a promising surfing career. Hamilton refused to give up on her dreams and returned to the ocean and her beloved sport just a month later.

A Renewed Purpose to Fulfill Her Dreams

Following the shark attack, Hamilton was more determined than ever to realize her dream. She would become a professional surfer no matter what.

She published an autobiography detailing her experience in 2004. Soul Surfer: A True Story of Faith, Family, and Fighting to Get Back on the Board became a bestseller.

In 2005, Hamilton entered and won the NSSA National Championships in the women’s 18-and-under explorer division. It was her first win since losing her arm.

Hamilton achieved her ultimate goal in 2007 when she began competing on the professional surfing circuit. She won her first professional competition that same year: the T&C Surf Women’s Pipeline.

Bethany Hamilton surfing in 2007, via Wikimedia.org.

Heart of a Soul Surfer, a documentary about Hamilton’s mission to return to the water following the shark attack, was released in 2007. The major motion picture Soul Surfer followed in 2011 with actress AnnaSophia Robb starring as the 13-year-old Hamilton.

Hamilton found herself thankful for her own personal success and eager to give back. She sought to help others live meaningful lives after experiencing trauma. She began sharing her faith and story with the world via motivational speaking.

She established the nonprofit Friends of Bethany (now known as Beautifully Flawed Foundation). It offers messages of hope and healing to people who experience amputations or live with limb differences.

In 2018, Unstoppable, a documentary of Hamilton’s life, was released. She also created Unstoppable Life, an online course devoted to health and success. Hamilton gave away 2,500 memberships during the pandemic.

Despite the time required to attend speaking events and raise a family, Hamilton still competes as a professional surfer. She also “free surfs” for the pure joy of the sport.

In 2016, Hamilton beat a six-time world champion and the top-ranked surfer in the world at a World Surf League event. She cemented her place as an all-time leading professional in her sport and was inducted into the Surfer’s Hall of Fame in 2017.